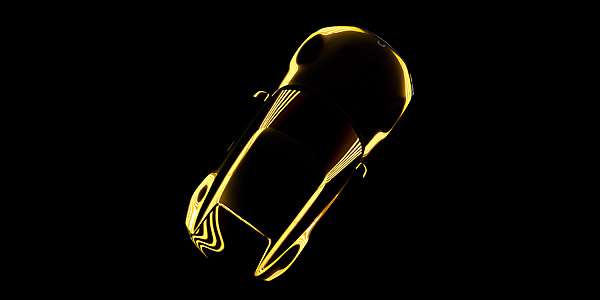 To date, Kia has been coy about its new 2+2 coupe concept coming to the North American International Auto Show but its worldwide PR team has given it a name, but possibly not on purpose.
Advertisement

The Kia Motors Worldwide Facebook Page proclaimed, "We are unveiling the GT4 Stinger, a 2+2 sports concept car, in a month at the 2014 North American International Auto Show. More details can be found here." It then has a link that directs Facebook followers to Kia Buzz, the official corporate blog of the Korean automaker.

Yet, the blog post has no reference to the GT4 Stinger name. It makes one wonder if the intern in charge of social media slipped up by giving it a name when he or she wasn't supposed to.

Are there any clues in the name? Well, GT usually means Grand Touring or Gran Turismo when it's slapped on a car's name. In my opinion that means the GT4 Stinger is going to be a fast car with touches of luxury in it. That would put it more upscale than the Hyundai Veloster that some are already comparing it to.

But GT has come to mean fast, too, in the U.S. One thinks of the Ford Mustang GT as being a much superior car with its 5.0-liter V8 and greater performance. Kia has, in recent years, tried to set itself apart from Hyundai by being the sportier of the two companies. That name could signal a move in that direction.

What about Stinger? Well, fans of Grand Theft Auto (and I admit to having had to look it up online because I'm not a fan) will recognize the name Stinger from the game. It's a two-door sports coupe convertible with only two seats and not the four-seat arrangement teased at in the one photo released so far by Kia on its media website.

Of course, it could all mean nothing, too, to be frank. At the 2013 Chicago Auto Show, Kia introduced the Cross GT Concept CUV. http://kia-buzz.com/kia-unveils-imaginative-cross-gt-concept-cuv/ To date, there has been no production news on that model.

The rest of what's coming is pure speculation. As posted in an earlier preview of the Kia 2+2 sports concept, "Conceived at the automaker’s U.S. design studio in Irvine, CA, this stunning 2+2 sports car is intended to turn heads while delivering superb driving enjoyment on both road and track."

The folks at Kia design in the US must love any comparison to an Audi R8. Korean engineers used to be known for their derivative designs (ask any Japanese manufacturer) but that has been changing in the last few years, especially under the direction of Peter Schreyer, who has been chief design officer and Senior Executive Vice President, Kia Motors Corp., since 2006, now oversees the global design strategy for both Hyundai and Kia brands.

He's won a boatload of awards for his design work and, coincidentally, was a top designer for Audi credited with the look of the Audi TT back when he still worked there. Schreyer is a global president of both Kia and Hyundai.

What do you think of the GT4 Stinger name? Granted names don't always mean a lot when it comes to concept coupes but it seems like this one indicates a strong direction, especially in light of vague names given to recent Kia concepts like: Provo, KND-7 and Niro.