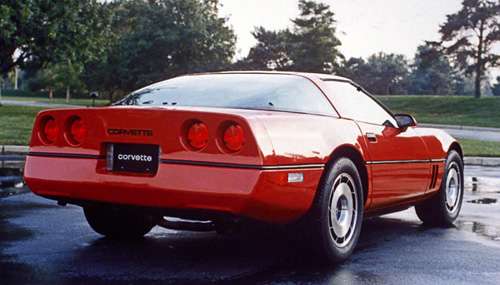 Corvettes from 1984 Most Stolen with California Worst State

Owners of used Chevrolet Corvettes should be concerned if they own models from the 1980s. They are among the most stolen.
Advertisement

That's the finding of the National Insurance Crime Bureau (NICB) that tirelessly tracks information on stolen vehicles and insurance fraud. The 1984 Corvette model has proven to be the most attractive to used car thieves and California is the wrong place to live if you drive the Chevrolet sports car.

NICB reviewed Corvette theft data from 1953-2011 and identified 134,731 theft records. However, since the National Highway Traffic Safety Administration required vehicle identification number (VIN) standardization beginning with the 1981 model year, confidence in pre-1981 records is low due to the inconsistency in reporting protocols and VIN systems. Consequently, only 1981 and later data was used to produce this report.

As for the top 10 states where most thefts occurred, California leads the nation with 14,002. Of the overall total, 90,427 thefts, 63,409 of them—70 percent—occurred in the top 10 states. (Not surprisingly, the top four states on the list, though not in precise order, are the most populous states.)

The 1984 model year was significant with Corvette. It was a completely new model that introduced the front-engine V8 to the car, which harkened back to 1955, and it was also the first new chassis since 1963.

NCIB provides a little history of the Chevrolet Corvette, which demonstrates just how long it has been around. The public saw the Corvette for the first time in January 1953, at the Motorama Show held at New York City’s Waldorf Astoria hotel. Interestingly it skipped the New York Auto Show in favor of Motorama, which didn't last as long as the Corvette did.

It went into full production on June 30, 1953, at the General Motors facility in Flint, Mich. By the end of the year, 300 were produced—all of them white convertibles with red interiors and black soft tops. (Remind you of the old Ford line about the Model T? You can have them in any color – as long as it's black.) The price tag was $3,498 with a heater and AM radio as the only options.

At the 1978 Indianapolis 500 Mile Race, Corvette made the first of its 10 appearances as the official Indy 500 Pace Car, an unmatched record on two counts—most appearances as a pace car and most consecutive years pacing the field (2004-2008).

Often compared to more exotic European sports cars, the Corvette has performed well in racing circuits around the globe. However, with the introduction of the supercharged, 620hp ZR-1 in 2009, Corvette has convinced its few remaining skeptics that it can perform on the world racing stage, as well as (and mostly better than) cars three times its price tag.

It’s no surprise then to find Corvette owners doting over their cars and keeping them in showroom condition. But like other items of high value and popular attraction, they get stolen. So, if you own a 1984 Corvette and live in California, be aware. Your Corvette stands a good chance of getting stolen.