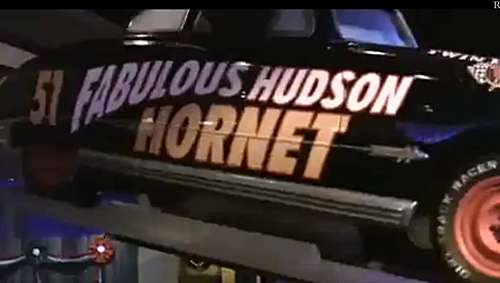 The Orange County Register has great video on its website of the new Cars Land – and one thing is clear: it looks like Disney California Adventure's newest park is a lot of fun.
Advertisement

You're going to get the best sense of how fun the ride is from a Cars Land video review by Roxanne Hack that was shot by Mark Eades. Both are from the Orange County Register. Hack gives a thorough review with some great footage of how fun the ride really is. Radiator Spring Race is the biggest ride inside the Cars Land setting. (The image accompanying this article is from that video.)

Unlike traditional amusement park rides, this one has side-by-side cars rolling along together at one point. That gives it just a little bit of a racing feel to it.

The ride is based on the original "Cars," which means no trips through exotic Asian or European locations. You're going to relive the first movie and all of its scenes. During the ride, you will meet all of the characters from the movie (as well as hear the voice of Larry the Cable Guy, which could be torturous for certain folks).

Make sure you're firmly buckled in because you're going to hits speeds up to 40 mph on banked turns as steep as 45 degrees as if you were on a race track. The winner is determined at random so no two rides are going to be alike.

As Hack recounts in her review, "This thrill ride is bound to be a hit and should have long lines to boot. Make sure to get your Fast Pass for this one." Fast Passes are sold at Disney parks and allow holders to skip ahead to a special place in line.

There is video from the opening night celebrations, which understandably is a lot of "pats on the back" for a job well done but you can garner tidbits about the new park that demonstrate how enjoyable it should be for kids. As John Ratzenberger, the voice of Mack, points out, "When you look out at these 12 acres, you see the same attention to detail that they did in the film."

Actually, make that films plural. As fans of the films know, there are actually two Cars films out there. Maybe it's wrong to call them films as they are actually fully animated movies, of course.

But that didn't stop one little boy at the grand opening from asking the actress Jennifer Lewis, voice of Flo, "Is this where they filmed the movies?"

Radiator Springs Racers, a major “E-ticket” attraction, places guests right in the middle of the amazingly detailed, dimensional Cars world of Mater, Lightning McQueen, Doc and Sally. Guests get a quick race briefing from Doc and Lightning, and suddenly find themselves in the midst of a race around hairpin turns and steep banks.