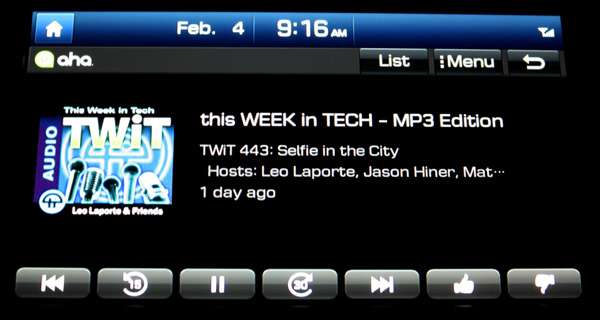 In an Aha Moment, Hyundai Genesis Gets Cool Radio Option

Hyundai, an early automotive leader in the connected entertainment world, has taken a bold step with the inclusion of Aha Radio in the 2015 Hyundai Genesis sedan introduced at the Detroit Auto Show.
Advertisement

The Korean automaker used the blogger media day at the Chicago Auto Show to introduce Aha Radio. It's a strong move by Hyundai because it positions the company to be cool and connected to the younger more tech-savvy buyer who is interested in being tuned in to what he or she wants to hear.

Aha also includes personalized location-based services such as weather and fuel prices, as well as searches for nearby restaurants, hotels, parks and coffee shops. Aha Radio will deliver content from around the world to Genesis drivers."

Why is this a good move for Hyundai? The company needs to stay out front. It's no longer just a value brand. It can't compete on price alone. It has to compete more and more on product.

And increasingly that's becoming the center console of the dashboard. Get buyers connected to an app they already like and the odds tip in your favor when it comes to vehicle consideration – especially when you don't need to pay more for the service.

There are always going to be buyers who want a car like the 2015 Hyundai Genesis for its performance and luxury. But, increasingly, there are going to be buyers seeking it out for its technology. That's where Aha Radio comes in. It's a strong first step for Hyundai's evolution.