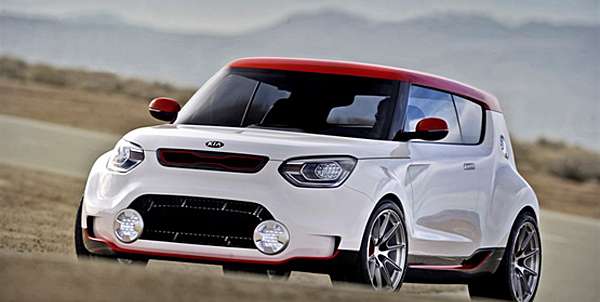 2 Door or Not 2 Door? The Kia Soul Question

There are stories flying around the Internet claiming that Kia is poised to introduce a two-door version of the Kia Soul with one strong detractor who claims it's not going to happen. That begs the question: should there be a two-door Kia Soul?
Advertisement

Blake Rong, writing at Autoweek.com, says, "There are no plans whatsoever to bring a Soul coupe to the market." On the other hand, you have Jens Meiner at Car & Driver, proclaiming, "Insiders have told us that a two-door version, such as the 2012 Track’ster concept, could be an addition to the lineup. The Track’ster’s powertrain, which includes a 250-hp, turbocharged four, is another possibility."

So, one hand you have an official spokesperson telling AutoWeek it's not going to happen while on the other hand, you have an "insider" telling Car & Driver it kind of, could of, maybe happen, with a great engine underneath. The gut feeling would be AutoWeek is right in this case because Kia does not need a two-door Soul at this point.

The key verb in that sentence (for those of you diagramming at home) would be "need." What Kia needs right now are better sales of the rest of its products after a weak 2013 fiscal year. Its sales dropped 4% while the rest of the industry averaged a 7.6% growth. Kia should be optimistic about 2014 because February was a good month http://www.torquenews.com/108/kia-flat-sales-boosted-soul-forte with flat sales when other companies were experiencing problems with the weather.

But, and this is important, sales are picking up because of the four-door Soul. Introducing a two-door Soul at this point could jeopardize sales of the four-door because buyers might just purchase the coupe model. In effect, Kia could have two models getting roughly the same sales numbers as the one model, which is never a good thing.

However, don't brand it a Soul and introduce it as a separate model with 250 horsepower? That's a fair amount of oomph for a vehicle that would probably weigh less than 3000 lbs. That two-door coupe could be a winner in the market and not cannibalize Soul sales.