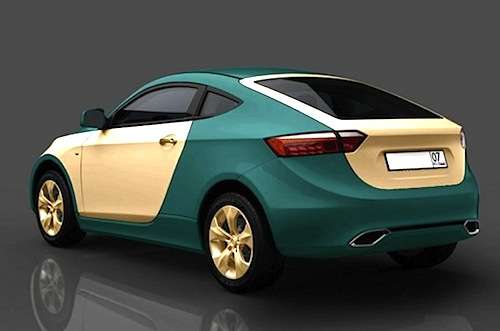 Is The Yo Mobile For Real?

If you haven’t heard of the “Yo Mobile”, we’ll forgive you weren’t aware of Russia’s first hybrid car launch. Unfortunately, it was delayed until 2014.
Advertisement

When we think of hybrid cars, or even cars in general, Russia doesn’t very high for most. Russian billionaire Mikhail Prokhorov's wants to introduce the country’s first hybrid.

Politics, Billionaires And The Russian Automotive Industry. My, what a great story this makes, the perfect mélange of political intrigue, newly founded wealth and a car industry eager to take off. Prokhorov wants to show a different image of the oligarch caricature we have in the West by connecting with global youth with the obligatory billionaire’s teams, NBA's Brooklyn Nets basketball team and the New Jersey Nets. According to Forbes magazine, the 47-year-old was last estimated to be worth over $12 billion. What he is more famous for was a bid placed in the March Russian presidential ballot and came out a strong third with a surprising 8% of the vote.

Is The "Yo Mobile" A PR Stunt? You’d come to the natural conclusion that the "Yo Mobile" is a PR stunt aimed at propelling the Russian billionaire to the presidency. However, Prokhorov is quick to insist it was nothing of the sort. In fact, the recent delay announced is none other than the US’ fault. An undisclosed US supplier is theoretically responsible with problems providing body parts.

According to the Business daily Kommersant, the joint venture between Prokhorov's Oneximbank bank and the truck manufacturer Yarovit Motors has already poured $100 million in the vehicle's Saint Petersburg production plant designed to produce the hybrid.

Technically Speaking. Originally, the hybrid platforms mentioned the use of supercapacitors powered by an undisclosed internal combustion engine running on natural gas or methane. Two electric motors would propel the car, one in front, the other behind. The use of supercapacitors as buffers is interesting since they have a higher power density, recharge and discharge faster then lithium batteries, but storage is highly limited. The hybrid platform claimed to be able to achieve 67 mpg, a top speed of 81mph and a 0 to 62 mph varying between 8-14 seconds.

The hybrid was to cost less than $10,000, although some sources claim as much as $15,000. That’s how little technically know about the car. Information happened regularly every week under the campaign but nothing has dripped out of the project since the election was over.

It’s hard to fathom how serious the project is. The use of supercacitors and what seemed to be a series hybrid platform is not something a new company would embark upon lightly. Not too many companies have been able to make a serious case using capacitors, and the only systems involved a mix with lithium batteries as the incredible AFS Trinity used in its Saturn prototype, years ago.