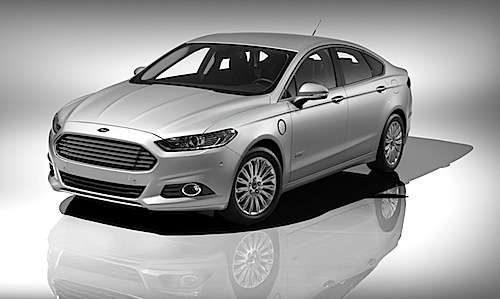 Who Are the 2012 Electric Vehicles Winners and Not So Winners

2012 has seen more electric vehicles than in the past. Who makes the top list and could do better?
Advertisement

2012 has given us about a dozen electric vehicles to choose from accommodating about 80% of our daily commute. Which cars and companies did well and which ones need to do more work?

Ford, Power of Choice. At the risk of sounding like a cheerleader, Ford has the right business strategy, diversify! In 2006 Ford renegotiates its loans, Mullaly shakes the company that only has a Mustang and an F150. The mid-size sedan Fusion is the first car out, followed with a hybrid. Power of Choice streamlines the company to a single design team, manufacturing with multiple powertrains. No matter how you look at it, it was smart and paid off.

Tesla Motors’ Model S & Business Model. The Model S will convince more that EVs are ready. Without the engine constraint, the electric motor, controller and differential sit in the back axle with its floor-plan batteries lowering the center of gravity making this car handle as well as the best sedans. See my story on this happy Model S owner selling his series 5: A Tesla Model S Owner's Adventure Will Make You Want To Own One. If this doesn’t impress you, the company selling directly to customers might not be new but takes Apple’s strategy and transfers it to selling cars. This business model will revolutionize the entire industry, period.

CODA. This is the America we love, competition. Competition springs from entrepreneurs and CODA has done a good job taking a partially assembled Mitsubishi in China, beefing it up and fitting it with lithium phosphate batteries pack enough to drive you around town for about 125 miles at below $40,000.

BMW iDrive. Watch the carmaker you thought would never step out of its gasoline technology, BMW and its i8 and i3 concepts, 80% close to final production. What’s important about it? Series 3 and 5 is BMW but here they introduce a high-performance plug-in hybrid, PHEV and city electric car that will reshape their image. With their iDrive program, you can get their other fuel efficient cars when needed. See: Interview with BMW's Head Designer On This Century's Vision.

Honda Doing What They Do Best. You always hear how much fun Hondas are to drive but the past decades have not been fun. Steps in the Fit EV and the Accord PHEV I got a chance to test drive that will change your mind about Honda. Sure the Fit EV still needs some front roll-train tweaking but it’s a good start. Honda stopped following Toyota and went back to what makes them good, engineering good cars. The new Accord handles well, is sure footed and is a great PHEV everyone will understand. See: Honda Applies Its Engineering To Modern Hybrid And Pure Electric.

Who We’d Like To See Do More. The above-mentioned are clear winners and the following have good products that need further development.

Toyota & Lexus. Finally after years of asking for a PHEV Prius, we got it. Funny thing despite Toyota insisting battery technology and user demand wasn’t there, it sold better than expected and handles better than the base version. Kudos on the Tesla infused RAV4 EV and lowered price. Lexus? Seriously, the LF-LC is an amazing platform but do something with it that doesn’t involve trying to sell it at that price, will you? You’re not Mercedes, get over it.

Mitsubishi. The iMiEV has actually done well and its platform will serve the Outlander PHEV as well. We’d like to see the company offer more choices of PHEV and EV, which will come in time. Mitsubishi will probably go through another year of weathering the storm and then be on its way, hopefully.

Mercedes. You’re great and not much can disturb your fortress claim on quality sedans. Still, we would love to see a PHEV and EV on the road more than on auto show stands.

Audi. More or less, same as above.

Nissan. It’s hard to follow your initial Leaf act but by now we’re all a little antsy. What’s next? Infiniti Emerg-E or Leaf make over? Bring it on. The reason why you’re here and not up there was the handling of the battery depletion problems in hot weather this summer. We expected better from a trendsetter.

Fiat & Alfa Romeo. No PHEV or hybrid yet but a great little 500 E. I’d love to see a performance alternative energy Alfa Romeo, you’re ripe for it, no one expects anything after Fiat has been holding you back for so long. That could save the brand.

There it is, what do you think the highlights, winners and not so winners were this years when it comes to electric vehicles, hybrids, and plug-in hybrids?