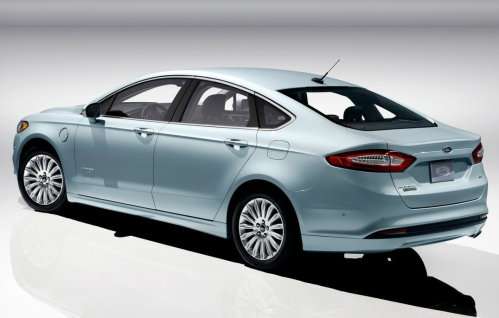 A Week Of Electric Vehicle News In review

This week has been chock full of electric vehicle news that will have an impact on tomorrow’s EV landscape. Find out what happen and what this means for you.
Advertisement

Detroit Auto Show, Lutz Talks To Edison. While sounding like a nice PR stunt at first, the idea of pitting Bob (The Car Guy) Lutz against Thomas Edison, Prince of electricity is a great idea you’ll be able to see this coming week, announced last Thursday. Bob will unveil an 800HP plug-in hybrid, PHEV from VIA. According to the company, Lutz will unveil Via’s new 800-horsepower, 4-wheel-drive, up to 100 miles per gallon, electric "X-TRUX," plus an electric Cadillac Escalade-Class SUV that drives like a Chevrolet Volt averaging 100 miles per gallon. We can’t wait.

SLAC National Accelerator Laboratory and Stanford University. Here is something that might have gone under radar, but the SLAC National Accelerator Laboratory and Stanford University have found a way to set a record lithium-ion battery energy storage. By simply using an egg-like shaped sulfur nano-particles within the cathode, the battery prototypes store 5 times more energy than today's conventional lithium batteries. The best part is that performance remains strong, even after a thousand charge and discharge cycles.

NAVIA, The Electric Robot People Shuttle. It might not win the latest design awards, but this driverless shuttle is ideal for airports, or any other vicinities where you park far and have to drive people elsewhere. This shuttle from the French company INDUCT uses an electric platform with easy access for wheelchairs and luggages. Now you can go an airport, forget where you park and have the automatic shuttle carry you and your suitcases.

George Will Doesn’t Get EVs. If you read the general news outlets, you might get a good laugh here and there listening or reading these mainstream journalists confuse electric cars. Peter Kelly-Detwiler shows how wrong George Will when it comes to EVs by pointing out that George originally and not quite famously commented in the Washington Post:  “Speaking of Hummers, perhaps it is environmentally responsible to buy one and squash a Prius with it.”

Peter writes in Forbes, no less: “As a society, in our dialogue, we seem to keep making the same mistake, criticizing new and resource-efficient technologies as impractical inventions subsidized by the left.  We focus on the Solyndra-type failures, (there was some arguably poor policy of betting on presumed technology winners in that case) and we miss what’s really going on.  Innovation is occurring constantly in a global world.  There is not one Edison, Westinghouse, or Tesla.  There are thousands of them, aided by on-line communities and computers, and investment capital looking for a home.” Peter, I couldn’t agree more. There are more solutions than obstacles. Let the weak and blind complaint.

Ford MyEnergi Lifestyle. This is yet another example of a car company realizing the potential disruption its electric and plug-in hybrids will have at the house hold. In my article: Ford MyEnergi Lifestyle Lowers Your Home Energy Bill
http://www.torquenews.com/1079/ford-myenergi-lifestyle-lowers-your-home-energy-bill
Ford shows how it uses its EVs and PHEVs to help your average American household save energy through better management by way of its smart phone apps. This is a glimpse of the future.

BYD, Stealthily On The Move. BYD is still a bit of a puzzle for us Westerners. The idea of buying a Chinese made car is a stretch for many but if Warren Buffet sees enough potential in it to invest, then they may be onto something. BYD has been appreciating well lately with a flurry of good news from the company, according to Zvi Bar on Seeking Alpha. With a Chinese plan encouraging more use of alternative energy vehicles and the European Union granting BYD the right to sell electric buses to EU nation-states without first obtaining permission on a nation by nation basis, you can see how the company is eyeing the lucrative American market.

All of this and more is making BYD trade to its highest levels since the first quarter of 2012. BYD is set to become the first Chinese electric car company to sell abroad in the US.

This week covered as lot of ground in the alternative energy vehicle field, from better battery energy storage, to strategic company moves to systems and platforms that let you use your electric cars to better manage your home energy.