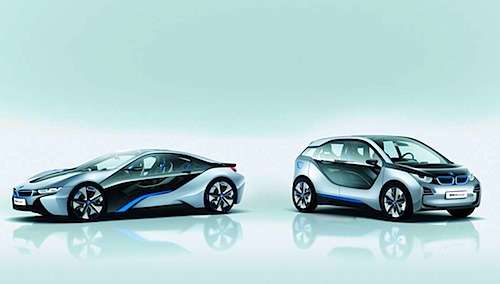 In the race to recoup lost income, certain States have had a hard time maintaining a balanced budget. The fear that overwhelms deficit States is the thought of electric vehicles, EV “tearing up” the roads without paying taxes as state Rep. Drew Darby, R-San Angelo mentioned in our article yesterday, see; Texas Also Considers Taxing Electric Vehicles. More States are eying this as a possible future income flow. See how Washington State started it over a month ago here; Washington State Taxes Electric Car Drivers For loss of Gasoline Tax.

Virginia Is Not For EVs? If the State of Virginia is for lovers, lovers of EVs might reciprocate. While the Washington State $100 annual EV tax is chump change considering how much is taken in from gasoline prices, it does set an unnerving precedent. In other words, if today States tax electric vehicles drivers $100, how much will it be tomorrow or the day after?

According to the Christian Science Monitor, via Gas2.org, Virginia Governor Bob McDonnell has learned a lesson from the hoopla, he wants to eliminate the current gas tax. So far so good, but he wants to impose a $15 registration fee for every new car, only tax plug-in and hybrid cars with an annual fee of $100. The reason behind dropping the gasoline tax is that it brings in very little, and the State’s low gas tax has remained the same at 17.5 cents per gallon since 1986. Instead the State wants to raise sales tax by 0.8 cents on the dollar.

As some readers have duly pointed, $100 is nothing much and certainly less than what we would pay in taxes with gasoline. But the problem lies somewhere else. Essentially many States have been caught unprepared with the last recession again and have found nothing better to do than to increase taxes on their population, already carrying the burden of inflation and the current economic condition. In other words, the bucket is passed on to the lowest in the chain and consumers are once again asked to pay for budget deficits that never seem to end.

The Question Remains. Indeed the question is, is Virginia becoming highly progressive and seeing the future as inevitably heading toward the electrification of its vehicles, or is this just another way to grab the lowest hanging fruits? And this does leave the other intriguing question open, big gas guzzlers pound the roads for free while cute little electric cars pay? Certainly, there will be a certain amount of resistance there.

As States highlight their inabilities to balance budgets by grabbing future theoretical revenues from a market that has barely just started to hit the road. While the State of Virginia doesn’t have many electric vehicle registration and gasoline cars far outweigh other alternative propulsion means, it seems myopic to only tax electric cars in Virginia.