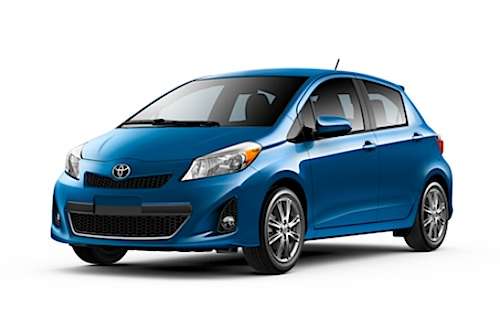 The Toyota Yaris is about to embrace a hybrid platform with the furthering of the company’s pledge to reduce the size and weight of its Hybrid Synergy Drive system. Is the car aiming to seduce the US?
Advertisement

While there have been talks floating for a few years around the idea of building a Yaris hybrid and bringing it to the US, Toyota has finally confirmed its production. The introduction to the US still depends on a number of factors. Toyota is still working on if and how to introduce it to the US market while simultaneously pushing its best seller Prius in both versions hybrid, HEV and plug-in hybrid, PHEV, and also readying the market for its electric IQ.

Technically Speaking. The new re-engineered system uses the same internal combustion engine, ICE than the Prius but in order to fit it in the smaller car, it has been downsized. The engine has dropped 20% of its size, while the PCU sheds an extra 12%, bringing them to 24.25 lb lighter with an overall 6% shorter. The original 1.8L Atkinson engine found in the Prius has been downgraded to 1.5, without changing the horsepower, 99 hp, 74 kW. The hybrid will still use a nickel-metal hydride battery pack and has not been updated to lithium. Both battery pack and gas tank have been neatly tucked under the rear passenger seats, leaving the trunk intact and the original room for 5 passengers the same.

The Hybrid Competition. Needless to say, the hybrid competition is flaring. Honda is also readying its Fit hybrid, right after introducing the idea of its electric version. While its nice to see Honda become more aggressive, what will the Yaris hybrid offer the competition? Short of brand recognition and more choice, the Yaris aims to be the most affordable hybrid, so far in Europe. The real debate for its US introduction lies in future fluctuations of oil prices. As of date, the barrel hit over $99. If the trend continues to go up, and it will, it looks as if the Yaris hybrid could come to our shores. Now when are we going to see returns on those oil company subsidies?

Will we see the Yaris Hybrid, HEV on our streets soon? While the Yaris HEV might seem to go into direct competition with the flagship Prius, both cars are different and the performance, gas mileage included would differ, favoring the Yaris. Another questions is how will the Toyota Yaris Hybrid compete against its upcoming electric IQ?

Toyota's First EV Will Have a Name of BZ: Toyota BZ
First Videos From Inside The Boring Company's Las Vegas Loop
END_OF_DOCUMENT_TOKEN_TO_BE_REPLACED