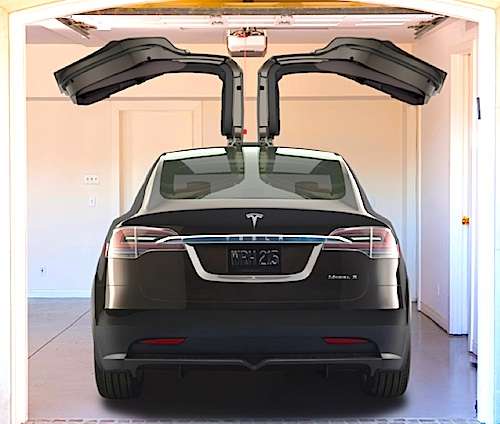 Tesla Motors Bets It All With Its Electric SUV Model X

After a few years of rumors, Tesla Motors finally announced it would build its electric SUV, much to our astonishment.
Advertisement

Tesla Motors is betting everything on the house that its new model will lure the American market into the EV team. The US is notorious for its love of big cars, spacious interior and ergonomics. While an electric SUV seems to be an oxymoron, as far removed in the automobile industry where weight is the number penalty for electric cars, as one can imagine, Tesla Motors is going ahead with its Model X. Rumored to be a PR stunt a few years back, the company seems serious enough to move forward. The questions are, is it feasible? Will it change consumer’s minds? And does Tesla actually have a chance of selling it?

Technically Speaking. The Model X will be based on the Model S sedan platform, as we had guessed. And for those of you who lament the fact that prototypes always look great but the final version leaves you feeling blah, Elon Musk, Tesla’s CEO announced it will look the same. So far, the company has never disappointed on aesthetics. The Model X innovates with a nifty optional Dual Motor All-Wheel Drive system, that placers a second motor on the front axle, enabling it to be a true all-weather, all-road capacity SUV. It increases torque by 50% and allows the AWD to accelerate from 0 to 60 mph in less than 5 seconds. This puts it in a category outperforming the fastest current SUVs.

The bet Tesla is taking on is a big challenge. Will consumer buy into an electric SUV? The Performance package certainly is enticing and what makes this car alluring is its door configuration, which Tesla named "Falcon Wing" doors, or more commonly known as gull wings. By open directly upward, people will have easy in and out access. The questions still remains, will it be enough to sway those from traditional SUVs? The Model X has a few positives, no tail pipe emission, tax incentives (if they continue after the next elections), aesthetics, the electric drive’s 100% torque delivery. On the minus sides range and price, the two biggest hurdles to EV adoptions are its Achilles heel. All in all, while many would never equate SUVs with an electric platform, Tesla stands a chance to find a sweet niche in the performance SUV market and its Model X will certainly shake conventions.