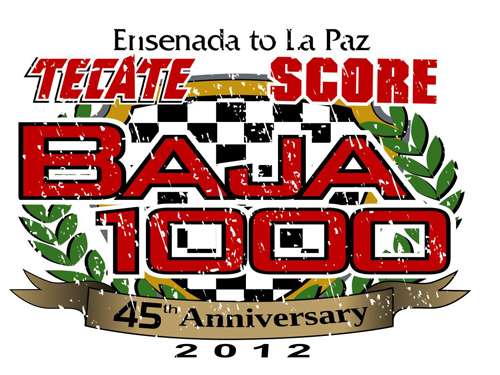 The Baja California race evokes wildly tricked out suspensions and gas guzzling monsters braving sand dunes and torrid weather. This year, a new type of racing will be introduced using nothing but good old sunshine.
Advertisement

When we think of Baja racing, environmentally friendly and green are not things that jump to mind. However, the 2012 SCORE Baja 1000 running on Mexico's prestigious Baja California Peninsula in November will have a new category, the Solar-Powered Electric Vehicles. How’s that for a shocker?

Baja California. The Baja California race is one of the toughest, most grueling race in the world. On par with the Paris Dakar and the Camel Trophy, known to make even grown men break down in tears, this Mexican harsh environment has given us some of the most spectacular races. Since the first official race that started in Tijuana, Baja California, on October 31, 1967, the event grew larger and larger, now enjoying more than one “loop”.

It’s about time to include an electric one powered by sunshine. Organizers SCORE and Redstone Energy Group wanted to show that the Baja California is also environmentally conscious. They decided to bring together two unlikely candidates for racing, electric vehicles and solar technology.

Technically Speaking. The EVPV or Baja race vehicle with battery charging provided by solar power aims to challenge bright minds to race using sunshine. It will be entered in the Baja 1000 category of Sun Cup this year, hoping to spark enough interest to create a lasting division.

According to SCORE president and CEO Sal Fish via Plugincars: "The goal is to apply technology and ingenuity, at which our nation excels, to create world-changing results.” Sun Cup Challenge and Redstone Energy Group co-founder, Rick Skelton also added: “By demonstrating that the technology can maneuver the rugged terrain of an off-road racecourse for 1,000 miles, this will show the world that this technology is more than ready for use in typical urban commuter settings,"

Lastly, Cole Walker, co-founder of Redstone, added, "If an electric car powered by the sun can cross the 1000 mile desert, it can get you to the office."

There you go, if you can race it, you can drive it to work. After all, wasn’t that Ferrari’s motto throughout the 50s and 60s? Unfortunately, and much against Ferrari’s wishes, the cars have become either glorified garage queens or sparingly driven. We don’t see this happening to electric cars, EV any time soon.

Bringing in green racing in such an event as the Baja California is big. As more and more awareness is raised around the need to race smart, intelligently and mostly in a clean way, something the Challenge Bibendum has done for over a decade, will push the electric vehicle technology forward.

Daniel Reveles wrote on August 2, 2012 - 2:20pm Permalink
This is the best and the smartest thing that could happen. Mexico will emerge as a leader in clean energy and clearly have an impact on the rest of the world. Felicidades! Daniel Reveles = Bajastoryteller
Nicolas Zart wrote on August 5, 2012 - 5:54am Permalink
Hi Daniel, yes, I agree and it serves a few purposes. First that racing doesn't have to mean polluting. Prototype racing and Le Mans has done a good job at less fuel, faster and longer, something the American Le Mans Series has been working on. But also, that electric cars are great to race. And who knows, one day maybe they will challenge their gasoline counterparts. Good for Mexico to take that lead.
Daniel Reveles wrote on August 5, 2012 - 12:11pm Permalink
Thank you for the article. This is a major move not too different from the experiments in the early 1900s in Europe to prove airplanes were a viable means of travel - but in this case Mexico leads the way! Daniel Reveles Bajastoryteller
Nicolas Zart wrote on August 6, 2012 - 2:23am Permalink
That's an excellent point Daniels. And last I heard, a small electric airplane just broke the 200 mph barrier.