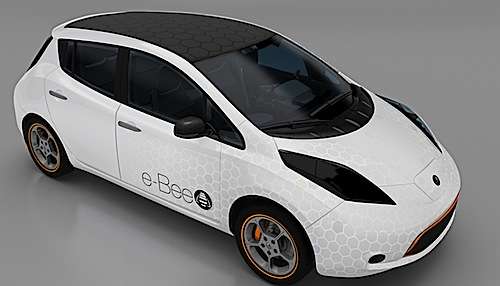 Plug In America joins the Department of Energy to help drivers plug in at work. The Workplace Charging Challenge program will extend miles driven on electricity in the USA.
Advertisement

Plug In America (PIA) has joined forces with the Department of Energy (DOE) with a program aimed at increasing the number of employers offering plug-in vehicle charging tenfold within five years. PIA, the leading voice for consumer adoption of plug-in vehicles, has just announced today the Workplace Charging Challenge venture with the DOE.  Essentially, the program works toward a widely implemented workplace charging structure that could double the number of miles driven on clean, affordable, domestic electricity.

Plug In America Leads The Charge. According to Jay Friedland, Plug In America's Legislative Director: "We are proud to be working with the Secretary Chu, the Department of Energy, and the first of many major corporations on the Workplace Charging Challenge. We are particularly pleased that our extensive network of EV drivers will be able to help recruit employers to further expand this effort.”

The Workplace Charging Challenge. So far thirteen major U.S. employers and eight stakeholder groups have joined the new Workplace Charging Challenge to help expand its access to workplace charging stations for American workers. Secretary Chu was noted outlining the new initiative at the Washington Auto Show, which aims to expand the availability of workplace charging and increase the convenience of plug-in electric vehicles (PEVs) while extending drivers their range.

Kirk Brown, Managing Director of Plug In America had to say the following: “This effort aligns well with Plug In America’s new Plug In @ Work Campaign. Working in close partnership with companies from across the plug in marketplace, utilities, government agencies, and other market supporters, Plug In @ Work brings the entire new electric vehicle marketplace to a particular corporate campus for a day of pre-scheduled test-drives and supporting information about the shift to clean, electric transportation.  We also work closely with corporate campuses to support and encourage workplace charging readiness and deployment as part of this national effort.”

Charging At Work. It has become increasingly important to evenly spread out a strategic network of charging stations around the country to help electric vehicle (EV) drivers and their plug-in hybrid (PHEV) variants stretch their effective range. As more PHEV drivers report gasoline anxiety, avoiding stopping at gas stations, the case for range anxiety could be answered with work place charging stations. This means that the 80% of our daily commute of 40 miles or less, could accommodate that detour home.

Plug In America has been a consistent leader and a force in the relentless drive behind the adoption of plug ins. This new Plug In America and Department of Energy Workplace Charging Challenge only furthers electric miles driven in our country.