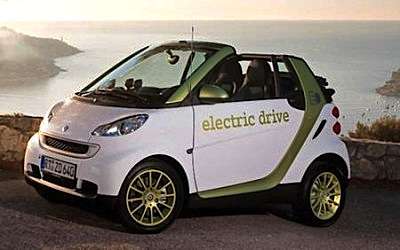 Mercedes-Daimler Smart May Soon Be Electric Only

Mercedes-Diamler is mulling over turning its Smart car into an electric car only in the near future.
Advertisement

Thomas Weber, Daimler’s head of development, hinted outside the Geneva Motor Show proper they were seriously thinking about turning the Smart brand into an electric vehicle one only, according to Challenge Bibendum. Daimler sees the Smart as the best brand suited for further development in the urban electric vehicle, EV segment market. EVs are, for now intended for short journeys, usually in an urban environment, a position the Smart car already has won. With the introduction of electric Smarts as of 2013 from Car2go in several cities, Austin, Texas in the US and Berlin, Ulm and Düsseldorf for Germany, it would make sense to turn the Smart into an electric platform only.

A Smart History. The Smart car takes its roots in the end of 1980s when Swatch CEO Nicolas Hayek wanted to develop a new car that would use the same type of manufacturing strategies and personalization as the company’s watches. Hayek sought to team up with VW to develop and build the car but Ferdinand Piech put a stop to it since they were developing their own fuel sipping Lupo. BMW, Fiat, GM and Renault were not interested and it wasn’t until an unlikely partner in the shape of Mercedes-Benz stepped into the picture agreeing to work with Micro Compact Car AG in 1994 that the Smart became alive.

The Smart more or less stayed the same for the past two decades, with very little modifications. A few different versions were offered including a Smart ForFour in 2004 and a nifty little roadster aptly named Smart Roadster in 2005. The ForFour was built in conjunction with Mitsubishi, which became the iMiEV, now simply called the i.

Electric Smart Makes A Debut. The electric version of the Smart didn’t happen until July 2008 where it was presented for leasing as of 2010 in the UK. It already sported a lithium-ion battery pack in 2009, planned for production by 2012, which as we know now happened a full year earlier. As an interesting side note, a Smart Forfour was used as a prototype to be converted into a plug-in hybrid, PHEV by Lithium Technology Corporation in conjunction with the famous Zytek Systems. The Smart PHEV could go 84 mph and on electricity alone for 20 miles until the 68 hp 1.5 L 3-cylinder turbo diesel engine kicked in to recharge the battery pack. It sported 2 high-efficiency permanent-magnet electric motors.

So this leaves us with the idea that Mercedes-Daimler is mulling over the future of the Smart car as electric. And why not? The Smart has not been developed further within the last 20 years. It is essential the same it was as when it rolled off the manufacturing chain. The electrification of the platform was the next logical evolution step and it would make sense for Mercedes-Daimler to turn the Smart into an electric only car. After all, the car is already intended for urban and city driving and has found success there.

Test Driving The Smart EV. I test drove the Smart EV last year and found it to be a great little city car. It had no problem getting on the highway and was fast enough to move in and out of lanes. In no time I was on the carpool lane (HOV) where the car stabilized at a decent 70 mph. The car turned out to be a fun hypermiler. If you drive with a feather-foot, you will not use the complete battery capacity. Step on it and the full capacity is at your disposal for fast lane changes. The regenerative braking also felt good and comfortable for any driving situation.

So when will we see electric only Smart cars? It could to be sooner than later. Mercedes-Daimler haven’t improved the car much over the decades. It would make sense for the company to produce the Smart car as an electric vehicle, EV only.