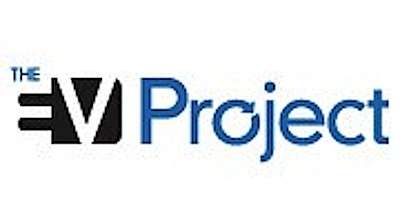 You might know by now that nothing in California is like the rest of the country. Things are done differently, people live and think differently so it should come as no surprise than even technology, bleeding edge early electric car, EV adopters drive differently.
Advertisement

It wasn’t too long ago when most in the auto industry were stuck in cellulose, happily churning out gas cars knowing that whatever was offered, people would buy. Unfortunately the ceiling crashed on this quaint notion a few years with a recession the country is still trying to make sense from. Regular cars no longer sold. People are no longer interested in heavy, bulky 12 MPG behemoths. Light is in. Zippy is cool, and hybrids are all the rage… at least, in Los Angeles.

Los Angeles Does It Differently. Blame it on ever increasing gas prices, but Los Angels and its drivers have to contend with interminable congestion, traffic jams and road frustration. Wouldn’t you also think outside the box in these situations? It’s no surprise to find out that EV drivers in LA behave differently from the national norm. They not only travel further than those in other cities, but interestingly enough charge their vehicles more often at public locations than at home. Another point is that they are more likely to charge at night in order to benefit form the less expensive electricity rates. LA EV drivers completely grasp the idea behind using an electric car, you top it off instead of depleting its battery before recharging.

The EV Project. Thanks to the San Francisco based Ecotality and their $230 million electric-vehicle charging infrastructure EV Project, partly funded by the U.S. Department of Energy, which aims to ease the rollout of EVs and conduct research on driving patterns. The numbers speak for themselves, with more than 26 million over the anticipated 100 million miles of driving data analyzed in 18 major cities, the results are proving to challenge conventional thinking. EV drivers react differently then previously expected, nixing marketing scare tactics.

The Numbers. According to the EV Project and the Los Angeles Time show the numbers based on the LA area, which accounts for a total of 10% of the project that Leaf drivers charge away from home 24% of the time, versus 19% nationally. They travel about 28.1 miles between charges versus 27.4 miles nationally and arrive at home with more depleted charges than EV drivers in other cities.

According to Ecotality this means EV drivers have a greater confidence in their car range with no problem finding charging stations. It shows that LA drivers understand how to take advantage of time-of-use electric rates. The L.A. Department of Water and Power EV gave a rate discount of 2.5 cents per kilowatt-hour if participants charged on weekends and between 8 p.m. and 10 a.m. weekdays.

So much about “range anxiety”. EV drivers are proving they are intelligent and can plan their daily trips better than expected. This study will help shape the way automakers view potential electric car drivers. Thanks to ECOtality and the Department of Energy, marketing around EVs might be little closer to reality.

Tesla Giga Berlin's New Hurdle: It's Not Only the Gov't, but Now Tesla Itself
Teslas Are Sold Out Until 2023, But The Timing May Reverse
END_OF_DOCUMENT_TOKEN_TO_BE_REPLACED