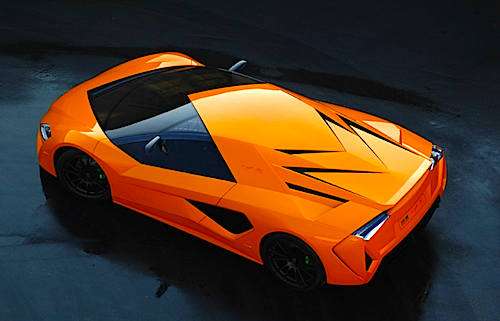 Bristol is rumored to be working on a high-performance plug-in hybrid. If Italdesign’s Namir is anything to judge from, this car will be serious performance.
Advertisement

Most people in the US might have heard of the eccentric English car company Bristol. Bristol cars have always been low-volumes and the last to date was the 2004 Fighter. Bristol started in 1945, closed doors in 2011 and was sold off. It always used BMW engines and was never interested in public stunts, has no showroom that we know of and has a fierce following. Bristols cars are and were the epitome of that different English car industry, unique, quirky and very rare.

From Quaint Traditional To PHEV. The last thing you would imagine this traditional English carmaker to go full steam ahead with a highly sophisticated plug-in hybrid, PHEV platform. According to AutoCar, the gentleman’s GT carmaker is now considering a PHEV.

Technically Speaking. The as of yet unnamed car will use a PHEV powertrain engineered by yet another famous carmaker, Frazer-Nash. What is interesting here is that the now Frazer-Nash based in Surrey, England is a research firm run by Indian tech entrepreneur Kamal Siddiqi. And to make things even more interesting, you might have heard of Kamal Siddiqi, he is the fellow who owns the rights to the Wankel rotary engine. If A plus B equals C, then Bristol’s associate company Frazer-Nash would provide the PHEV platform with a rotary Wankel engine as the generator.

Namir You Stole My Heart. Back in 2009, Italdesign, the famous Giugiaro Turin-based design house showed a concept called the Namir plug-in hybrid supercar. The concept sported in-wheel electric motors with an intriguing twist Fraser-Nash called ‘digital differentials’ that intelligently distributes torque. At the time, the Namir sported an 813cc Wankel engine hooked to a generator charging a lithium ion battery pack mounted in the middle of the chassis. Here is a video of the Namir by Italiansupercarvideo.

From The Rumor Mill. Even though Bristol is tight lipped, so far the rumor mill is talking about a system with a permanent electric drive to all four wheels, using a gasoline engine powering a generator to feed a bank of lithium ion batteries, hence a plug-in hybrid. The only thing we can deduce so far is that Bristol has mentioned “firm intentions” to continue its “responsibility as custodians of the brand”. You can read between the lines, most likely Bristol is working on something, hopefully it will take the Namir as its basis.

It would be great to see the original and unique Bristol company, this time working on something as new and fantastic as what it showed, the plug-in hybrid Namir.