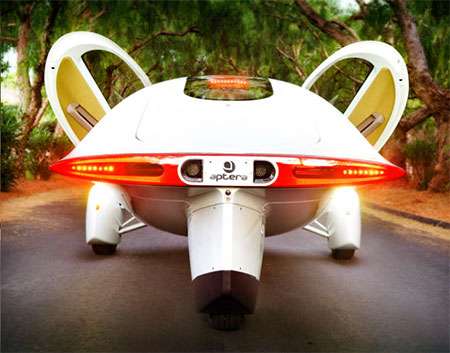 How Much Noise Should Electric And Plug-in Hybrids Make

Electric vehicles and plug-in hybrids are quiet, very quiet. The problem is they can surprise those not paying attention or visually impaired.
Advertisement

EVs, PHEVs & Noise. One of the most ironic twist with EVs and PHEVs is that they are quiet and help curb down noise pollution, sometimes to the detriment of those visually impaired. With increasingly spatially challenged people on the roads these days, paying little attention to their surroundings, a silent car is also a perfect recipe for trouble. If one of the selling aspects of an EV is no noise, quite ride and Zen like feeling, the double edge sword is that it can also take certain pedestrians by surprise. So should EVs make some sort of warning noise or should people be more careful anywhere cars can be found?

Fisker Karma’s Futuristic Whirl. For those of you who already have an opinion, either for or against, before you voice it, go and listen to a Karma’s sound at below 35 MPH. This is a good idea of how a PHEV can make a warning sound without making it too loud. It’s funky, futuristic and the Tron-like sound created by the Karma really catches your attention. Now the federal government is weighing in and it wants hybrid and electric cars to make a lot more noise. A friend of mine had an even easier solution, buy a used MP3 plkayer and record yourself saying something like: "I'm a moving car, be careful, move out of the way!"

The Pros & Cons. Moving obstacles should warn others they are moving. If that much makes sense, requiring a silent car to make noise is a little self-defeating. Of course impaired people need to have clear warnings that a moving object is near them but where do we draw the line and how loud does it have to be? The problem is also one of awareness and any place where cars are found, usually spell danger. After all, aren‘t we raised being careful looking both ways before crossing a street or beware in a parking place?

The National Highway Transportation Safety Administration wants all hybrids and electric vehicles to make more noise under 18 miles per hour and warn pedestrians, bicyclists, and the visually impaired.

Teaching People To Be Careful. While forcing EVs and PHEVs to make noise might help those who are really at risk, there is nothing wrong with paying more attention, especially as a new bread of quiet cars are hitting the road. This is a topic that effects both, EV and PHEV drivers and raising awareness around those sharing the streets. How many times do we see people in cars not paying attention to their surroundings and avoiding disaster miraculously?

Electric vehicles and plug-in hybrids need to announce themselves, let’s hope they don’t loose one of their greatest features, making little noise and removing noise pollution form our congested cities.

Browntogreen wrote on January 13, 2013 - 2:22pm Permalink
I prefer silence, but if EVs are required to make a noise, and we choose our own noise, it could create a whole new ring-tone type industry and the fun of showing off a personal sound could fuel EV adoption. Next, I guess I am going to have to get a noise generator for my bike and my dog.
Nicolas Zart wrote on January 14, 2013 - 11:39am Permalink
You said it well and I agree. I would rather make my own noise, just let me know the decibel and I'll take care of the rest. Yes, in 30 years we'll wear hats, caps and helmets with blinkers, whether you walk, ride or whatever else.
AlexM wrote on January 21, 2013 - 4:49pm Permalink
This is a very interesting suggestion ... But you may know that BMW does this already ... The noise of the 135 was too "anonymous" so a more interesting soundtrack is fed through the car speakers ...
Nicolas Zart wrote on January 22, 2013 - 12:46pm Permalink
Yes, you're right, I forgot. I also like the Fisker sound, which brings me back to my earlier point, as a musician, I would create my own sounds on an EV. Hey, maybe I can build a business around it ;) Anyone interested?

LG's New EV Battery Plant Is a Welcome News for Tesla
Tesla Giga Berlin's New Hurdle: It's Not Only the Gov't, but Now Tesla Itself
END_OF_DOCUMENT_TOKEN_TO_BE_REPLACED