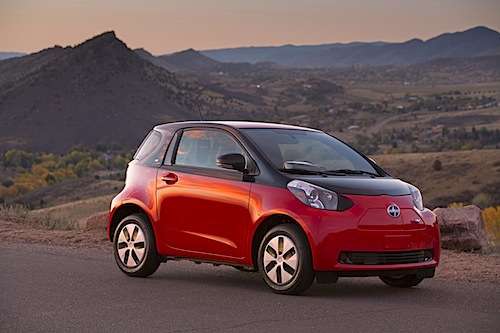 How the Millennial Generation Sees Cars

The Millennial, the famous Generation Y is not buying, not interested, don’t have the financial means and are left out of the “American dream”. How can carmakers sale to this impossible generation?
Advertisement

How do you sell cars to the Millennials, the Generation Y? Today’s young people simply don’t drive like their predecessors. In 2010, the 21 to 34 age bracket brought only 27% of all new vehicles sold in America, down from 38% in 1985. Miles driven lower with the proportion of teenagers with a driver’s license falling by 28% between 1998 and 2008. So how do you sell to this generation? It’s all about connectivity and eco-consciousness, and of course, affordability.

Performance, Connectivity & Eco-Consciousness. The multi-billion dollar industry question is how do you get this Millennials to start buying cars and houses. The answer is not as simple as it seems. Forget raw performance, give them fuel savings, affordable cars and connectivity. Give them energy independence, make sure their seamless connected life doesn’t skip a beat when they get in a car and give them a feeling of being eco-conscious beyond words while being affordable. Simple, no? So here’s the problem, this generation doesn’t seem to care whether they own the car not. Simply put, in light of this economic quagmire, car-sharing is cool, it’s in and saves a pretty penny. And why should this surprise you? After all, everything they constantly hear how bad the economy is, have been raised on a steady diet of 24/7 negative news outlet talking about wars and uncertainties then their bright future. No wonder they don’t spend money.

Subaru, Toyota & Ford. Subaru had the car that could almost have sparked their passion. It’s fun to drive with the right amount of power to weight ratio and doesn’t cost a lot. There’s only one problem. It’s not really green, not really connected and doesn’t save the world. If the BRZ appeals to my 40 to 55 generation for its fun to drive two-seater factor, they have never known that. The Millennials don’t know this and might never know it thanks to the massive amount of generic bland cars on the roads.

Ford’s Fiesta might be fun and has a lot of connectivity but the Millennia’s enthusiasm petered out after a while. Despite Toyota’s continuous ‘living green” ad campaigns, they are not flocking to the Prius.

The Perfect Mix to Appeal to The Millennials. How can you afford a car or a house when your student loans will take a lifetime to pay off with little hopes of a good paying job? It doesn’t take a rocket scientist to understand why this generation is not spending. Subaru gets it and wants to appeal to this generation by making their cars more connected, but that is only part of the puzzle. Toyota’s “green” driving messages is part of it, but can’t seal the deal alone. Mitsubishi has another part of the answer with a good car at an affordable price. And finally Ford is the closest to delivering the Holy Grail, an affordable eco-conscious rolling multimedia platform. The problem is up until now, no one has clearly tackled the eco-conscious desire of this generation at an affordable price and the heavy handed PR marketing campaigns have only turned them off. Car manufacturers will have to show their cars are “eco-conscious” with more than ad campaign words, and that means in the manufacturing process, recycling and in everyday operation. In other words, they are going to have to prove it, not just say it.

The Solution. While there is no magic crystal ball nor bookshelf formula on how to appeal to this Millennial generation, there is something that is completely left open, chance! Why did Ford weather the storm and not GM and Chrysler? Chance. They renegotiated their loans two years prior. How did Zipcar become so successful when the average price of gasoline was $1.50, and iPhones didn’t exist? Because gasoline prices soon tripled, made car-sharing alluring and it became easier with the introduction of smartphones. Simple, no?

2013 will see a string of better and better efficiency, not necessarily technological improvement but better energy management. The greatest challenge for 2013 is for carmakers to balance all three important points for this Millennial generation, affordability, seamless-connectivity and eco-consciousness, they will have to balance all three.