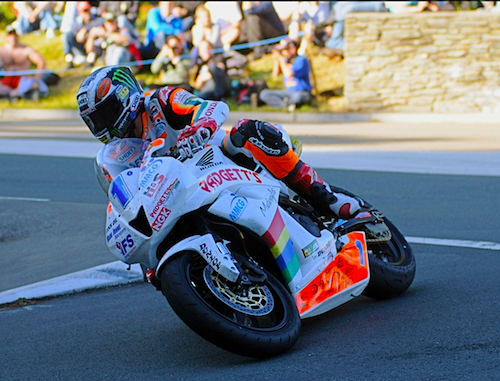 A few years ago, the Isle of Man saw something new, silent electric motorcycles wheezing by. It seems they are now here to stay.
Advertisement

A few years ago, electric motorcycles wheezing by on the Isle of Man challenge was an oddity. Today, they are a fixture. If the original electric bikes had honorable performance, today’s are getting better and better. All bikes easily average finishes above that speed.

The Race. This year’s winner is no stranger to the race, as the Segway MotoCzysz team took the victory. Michael Rutter lapped in at 104.56 mph. This time he was challenged by… Honda.

John McGuinness took a 102.215 mph lap on the Mugen Honda, besting MotoCzysz by 2.345 seconds. Honda, the current MotoGP champion has teased us with its RC-E electric motorcycle for some time but it seems the companies are ready.

Technically Speaking. Racing an electric vehicle, EV, whether a motorcycle or a car is very different from racing an internal combustion engine. You can go flat out but you will deplete your battery pack faster than you can say: “I won!” Strangely enough, conserving the energy of a battery pack taxes it more than flat full throttle. In other words, it’s harder for an electric racer to go as fast as possible using as little of its energy than it is do open it all up.

Electric motorcycle, like their electric 4 wheel counterparts have to race using about 50% for longer tracks such the Isle of Man. John McGuinness revealed in an interview on Gizmag that he was only using 50% all the way until the last lap when he opened it up to 60.

What this means are a few things. It’s only the beginning and judging by how fast electric motorcycles and cars are developing, it won’t be long before they rival internal combustion engines on a full race. After talking to Jean-Michel Vargas form Challenge Bibendum, the greatest challenge is to find race solutions for the electric drive that pushes the technology. Challenge Bibendum does that with three races, consecutively harder and longer. Current EV races might have to contend with smaller, quicker tracks today until they can finally tackle endurance, something we are eager to see the Drayson Racing team take on.

In the meantime, MotoCzysz’s third consecutive win at the Isle of Man wasn’t just challenged by rival German Team Muench, Honda came with its electric Mugen to spice it up.