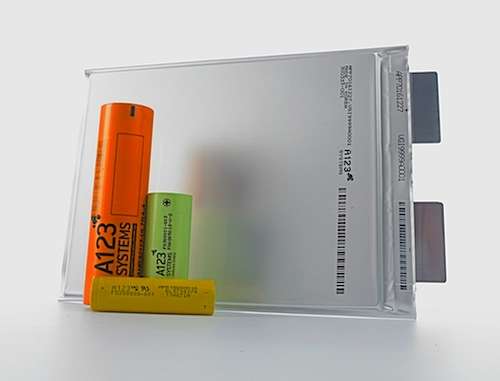 Lithium-ion is still taking the lion’s share when talking about battery chemistry and the latest breakthroughs means the technology is not slowing it down.
Advertisement

The future of lithium-ion battery technology has never looked so bright. Breakthroughs happen at a neck break pace while industry experts predict only a few companies will be left in 5 years.

Tin Lithium. Grant Norton and his team at the Washington State University have found that using tin would triple the energy density of a lithium battery. Indeed, using tin for the anode, the energy density could be greatly enhanced. The benefits of using tin would mean faster recharge time as well as a greater life cycle. The best part of it is the technology could be manufactured within a year. What needs to be worked out is that under these circumstances, tin creates what is called “mustaches” creating short circuits. The team feels this can easily be solved, if not kept under control.

Tripling Battery Energy Capacity. Mindset Holding AG, which we have written about previously and its partner H Tech AG have announced some very impressive battery energy density numbers. With a 100% improvement derived form the work of Jörg Hempel, H Tech announced they have reached an energy density of 0,26kW/kg, besting the current 0,13kW/kg. Mindset Holding AG, which produces extremely efficient electric cars will use these batteries while H Tech has already patented them.

Battery Makers Consolidate. The other news is a French study from the Roland Berger group that found the battery maker landscape could be very different within 5 years. Currently 5 makers share 70% of the battery manufacturing capacity. This number could be greatly reduced to 3, if not 2 sharing 90% of the market.

AESC, LG Chem, Panasonic/Sanyo, A123 and SB LiMotiv are the 5 biggest players in the field. The results would be less diversity but better homogeneity. What this means in the longer run is battery technology that share the same processing and manufacturing, which means lower costs and more efficient production lines. What this also means is that lithium battery makers would concentrate more on pure electric cars instead of hybrids. It seems hybrids are headed toward using NiMH batteries. The study also pointed towards a substantial growth of up to 85% of light urban commuters using lithium technology. It also hinted at a over-production of a few million electric cars.

Last but not least, and this should come as no surprise to anyone, China should emerge as the leader in the electric drive market by 2020. This explains why carmakers are so eager to be well positioned in the Chinese market.

The battery market is red hot and with China shaping up to be the ultimate mass electric drive champion, we can bet lithium battery technology will keep improving.