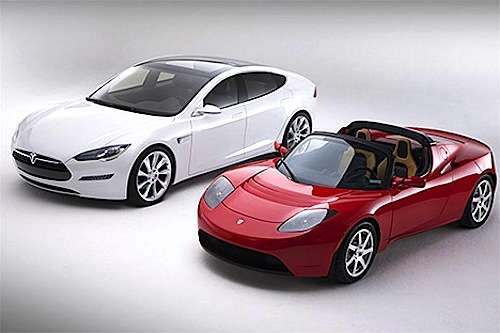 Fox Business is still confused by the variety and choice the electric automobile field gives. It’s no wonder, mainstream news media is no expert with these specialized industries.
Advertisement

It’s hard to fathom why anyone would bash freedom of choice when it comes to cars. How anti-patriotic! Fox Business and a few others still don’t understand the socio-economics behind electric vehicles. It’s all about choice and last we checked, freedom of choice plays a big part in our society, or at least used to.

The Fox Bashing Routine. OK, so Fox isn’t the most objective and impartial news outlet, something it exemplifies on a daily basis. It published an article on how electric cars are heading yet again into a dead end, shows how little Fox Business understands electric vehicles, EV. Note the heavy-handed title: “Insight: Electric cars head toward another dead end” (http://www.foxbusiness.com/news/2013/02/04/insight-electric-cars-head-toward-another-dead-end/) and its opening paragraph: “Recent moves by Japan's two largest automakers suggest that the electric car, after more than 100 years of development and several brief revivals, still is not ready for prime time - and may never be.”

If you want serious news about electric vehicles, mainstream media and its three owners is the last place to go for impartial and educated coverage, that much we know. In the many car events we attend, mainstream journalists often time exemplify themselves with a complete lack of understanding in the questions they ask. This Fox Business piece confirms it. Yes the electric car has been around for over 100 years but has had little to no “development”, at least compared to the billion of dollars poured annually into various internal combustion engine technology, gasoline carmakers and petroleum companies.

Introducing Hydrogen Again. If the appeal of an electric drive doesn’t compute for Fox, another far more complex and further down the road technology does, the recently much hyped hydrogen car. Following last week’s comeback of hydrogen news, Fox adds: “the attention of automotive executives in Asia, Europe and North America is beginning to swing toward an unusual but promising new alternate power source: hydrogen.” If you follow electric technology, whether battery or hydrogen, you know both are electric vehicles and overall are good for the industry. You also know carmakers have never stopped developing alternatives to battery operated vehicles. Maybe Fox Business just missed it.

Of course gasoline cars have come a long way these past few years with fuel efficiency, so why does Fox Business bash electric vehicles that ultimately give us more freedom of choice? In a strangely anti-patriotic move, it dismisses entrepreneurs and startups in America but OKs more expensive technologies down the road. We all mainstream journalists are under incredible stress to grab attention and revert to cheap gizmos, such as sensationalist headlines, but this logic goes beyond any reasonable argument.

Good specialized articles are hard to find in mainstream news and the continual impartial bashing of one technology only shows how so-called professional journalists lacks understanding and impartiality. Yes, the electric car has been around for a long time but had it enjoyed the billions spent on gasoline engines over a century, we would have a lot more choice today. Sorry Fox Business, “insights” in this specialized field is something you show lacking. It’s too bad mainstream news portrays electric vehicles in an impartial ways and knocks down what makes our country strong, starts up and innovations.