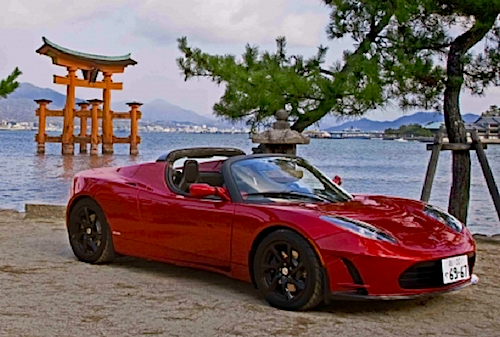 We can finally do away with the “range anxiety” non-sense over used by anxious carmakers caught unprepared after the last downturn. Price is what interests electric car buyers, range is secondary.
Advertisement

Rightfully so, range is not as much an issue as consumers are constantly led to believe when it comes to electric vehicles, EV. The over cheap PR gimmick of “range anxiety” has bitten the proverbial behind of those companies caught unprepared. In a recent poll, TheChargingPoint.com found people were more concerned over the initial price of an EV than its range. Would we expect less given this economic downturn?

All About Price, Price, And Price. All in all, the number one reason for 74.3% of the people surveyed was the concern over the purchase cost of an electric car, as should be expected. It was followed by only 38.1% who preferred not to buy one due feeling the range would not be adequate. This means again, the so-called “range anxiety” is mostly in carmaker’s minds more than consumers.

Range, Sweet Range. The poll revealed an interesting fact that the acceptable range for a pure electric car would be a reasonable 100 to 200 miles. This makes sense considering 80% of the daily commute in the US is less than 40 miles, something almost any electric cars deliver today. So far three of them currently deliver range between 60 to 100 miles. More interestingly, only 40% wanted to see a 200 and 300 mile range, which seems more of a hopeful wishing than actual current daily need. Yet, it remains that the 100 to 300 mile barrier is the sweet spot to beat. The race is on, as Tesla Motors is leading the way.

All in all, the study confirms something we all come to realize after reading the numbers and sitting down to understand our actual needs, not unrealistic ones. Almost all current electric cars, as well as those coming on the market today can satisfy most drivers’ daily commute needs. Electric outlets abound in this country and charging is less a problem than previously thought. Lastly, 21.2% believed there weren’t enough choice in the electric vehicle market, something 2012 is changing considering the growing choice. All in all, electric cars deliver all we need for the overwhelming majority of our daily commutes. The last frontier to the wide adoption of electric cars still remains as affordability, followed by a distant range.

Rob wrote on February 13, 2012 - 11:16pm Permalink
This is a perception issue the EV manufacturers will need to address and I'm sure the oil companies and traditional vehicle builders will make them work for it. The reality is that the fuel for EV's makes the cost per mile driven about 80% less than ICE vehicles. Similarly it is becoming clear that EV'S are notoriously reliable with significantly fewer moving parts, this makes the maintenance bills significantly lower than their ICE counterparts. The net result is that whilst the initial purchase price is high the ongoing costs ar far lower meaning at some point the total costs of ownership eventually cross and EVs become cheaper, this is obviously affected by the vehicles being compared but also by individual driving habits eg average total miles. Furthermore the price premium is definitely dropping as battery and other vehicle component costs fall through competition, innovation and economies of scale. If vehicles were sold on the basis of their 8 year cost of ownership taking into account vehicle purchase, fuel and maintenance then EVs probably win now and the equation only gets better for EVs as costs fall and gas prices rise. Even if they're not sold that way they need to market them that way.
Nicolas Zart wrote on February 14, 2012 - 11:11am Permalink
Yes Rob, you make a good point. What it boils down to is that you get what you pay for. Whether we talk about printers, where the cheapest one get you with the more expensive ink cartridges, an $11,000 will cost you more in maintenance than a $50,000 one. This is where EV manufacturers need to concentrate their efforts on those who see the value of an EV. There are people who will no skimp out on clothes, food, cleaning machines, high-end Hi Fi because they last longer and work. Those people are perfect and are outside the traditional range of early adopters, followers and those who buy because they have to. Nicolas

Panasonic Updates Profit Forecast, Noting How Much Tesla Batteries Help The Jump
2022 Porsche 911 GT3 Laps Nurburgring in 7:04 With Journalist Behind The Wheel
END_OF_DOCUMENT_TOKEN_TO_BE_REPLACED