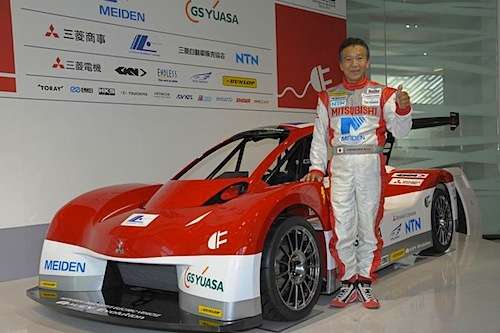 EV Cross Country For The Yearly Price Of Running A Fridge

You have to hand it to Mitsubishi when it comes to revolutionizing the world of electric cars, EV with its affordable i MiEV. Driving an i MiEV cross-country is the electric equivalent of running a fridge for a year!
Advertisement

When Mitsubishi introduced the electric version of its four door Smart for Four as the i MiEV, it raised a lot of eyebrows. And as to the question what does i MiEV mean? The answer is Mitsubishi innovative Electric Vehicle. Now you know.

Small, Efficient EV. The idea seemed logical. The light compact car would be a no-brainer for an EV conversion. Fast forward a few years ahead and voila, you have the most affordable EV. Not only is the i MiEV practical but it also takes a stab at the affordability attack by naysayers. The i MiEV comes in shy of $30,000, which after Federal incentives drops down to north of $21,000, upon which other local and state incentives can be added. The car can cost as low as $16,500 in certain parts of California. The car also excels in the energy efficiency department. The Fueleconomy.gov website gives the i MiEV impressive numbers, converted MPG of combined 112 miles, giving it in city driving 126 miles and 99 on Highway. In terms of kW-hrs per 100 miles, which is a more accurate way of calculating its efficiency, the i MiEV gets 30 in a combined cycle, 27 for city and 34 on the highway.

Operating Costs. But we know EVs are a little more than their buying price and other numbers. Where EVs shine are with their minimal operating costs. Running single digit cents for every mile covered, instead of double digits for their gasoline counterparts, tips the balance in favor EVs, especially in urban traffic. Mitsubishi goes a step further by saying you could drive your i MiEV coast to coast for the same money it takes you to run your home fridge a whole year. Now that is a pretty bold claim, certainly no other gasoline carmaker can make.

In the end, having EVs that run the gamut, from high-end with the Tesla Roadster to entry-level with the Mitsubishi i MiEV is what makes this new age of the automobile world fantastic. We have more EV choice than we had a decade ago, and the offering is growing. The last few decades have been, shall we say, oh hum boring when it comes to gasoline cars. Save for a few out of wallet exotics, the daily street car has grown bloated and insipid, giving us a sea of look alike cars on our roads. The negative results is that these cars have successfully drained any driving pleasure. EVs have rekindled a sense of enthusiasm, a renewal for a hopeful future that spells fun driving at an affordable price and very low running, and maintenance fees. And anyway, running a Mitsubishi i MiEV coast to coast for the price of running your fridge is something no gasoline car can claim.

Aaron Turpen wrote on May 29, 2012 - 11:55pm Permalink
In my opinion, Mitsubishi had the chance to corner the EV market and make their name synonymous with EVs in the same way that Toyota has made Prius synonymous with hybrids. Instead, they dropped the ball and took forever to finally get the i MiEV to market. Now it's competing against cars that are way more practical and, frankly, marketable than it is.
Nicolas Zart wrote on May 30, 2012 - 6:43pm Permalink
Hi Aaron, I see it a little differently. When the i MiEV could have "competed" with others, it would have been worth $40,000, something no one would have bought. Mitsubishi did the right thing by letting fleet owners help them work out the kinks. In the end, the car is truly a Mitsubishi, engineered to the core. The range went up and the price went down. I don't think it has any competition when it comes to what it is intended to do, an affordable urban electric commuter. Thanks, Nicolas
Dan wrote on May 30, 2012 - 8:00pm Permalink
I completely agree with your analysis which is why I have the "i" on order. Of course the car will go through incremental improvements through its life cycle. I used to own a first generation prius and it too took several years to reach its potential and there were a few kinks to be worked out and now look at where it is.
Nicolas Zart wrote on May 31, 2012 - 1:13pm Permalink
The i M iEV makes a lot of sense form the affordability angle to fitting almost any urbanite's driving needs. I had a lot of fun driving it for a few days. The car grows on you and girls love it!
Aaron Turpen wrote on May 31, 2012 - 12:06am Permalink
So you're saying they avoided being the Volt of battery electrics? Careful, that's a hornet's nest. ;)
Nicolas Zart wrote on May 31, 2012 - 1:15pm Permalink
LOL, I think GM has done a great engineering job, as it usually does. The Volt battery problems are not all on GM's back, it's a string of circumstances. Now if only GM's management would let its engineers and car lovers be more involved in the decision making, they would once again be king of the hill... and not just in terms of sales but in the passion department :)