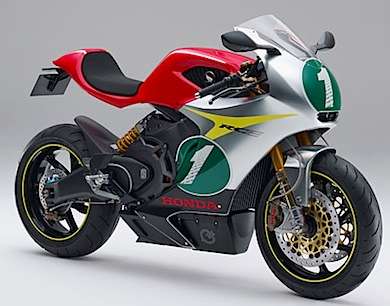 Electric motorcycles have come a long way and you would expect this highly enthusiast crowd to balk at it. However, of the years, EV motorcycles are gaining a strong foothold in the community, at least for those who dared to try.
Advertisement

Names like Zero Motors, Brammo, and Quantya were obscure and unknown to the general motorcycle public a few years ago. While the normal objections are to be expected, especially when it comes to the lively biker community, those who have ventures on the EV paths have been pleasantly surprised.

The Pros & Cons. Internal combustion engine, ICE motorcycles are finely tweaked, much more than gas cars. Motorcyclist purists will tell you nothing beats a finely tuned motorcycle, rightfully so. The performance issue was a big one, but most rarely witness the unbridled torque an electric motor offers, 100% as soon as it spins. Then the KillaCycle showed that EV motorcycles could drag race and wipe much of the competition along the way. Nowadays, EV bikes go well into the 100 mph with a triple digit range. If price is a common issue with EVs, EV motorcycles are also affected. Yet, considering incentives, they’ve become more affordable with little to no maintenance, compared to traditional bikes.

Batteries Are Getting Better. Much to the chagrin of the heavy handed and petroleum backed hydrogen community, battery technology is getting better at a much faster rate. The rule of thumb is density doubles every 4 years. We can easily imagine 400 to 500 miles by 2020, even sooner.

Where Are The Players? So far, to my knowledge Honda is the only OEM to lift the challenge with its promising RC-E, on par with a traditional 250cc. However, the real players are Zero Motorcycles and Brammo who already have EVs with enough performance to please most riders. Europe has also has a few poking around the interests, such as KTM and Quantya to name the two biggest.

Racing Is Where It’s At. Finally, racing is where we will see concretely the results. Zero Motorcycles, as well as Brammo and other European makers duke it out on the TTXGP with great fanfare and success. As electric motorcycle Grand Prix develop through the TTXGP, and the Federation International de la Moto (FIM), public awareness will be raised and show the potent performance of EVs. As far as raw performance, according to fellow writer David Herron, the Nevada Salt Flats speed records is where Lightning Motors holds the current speed record with a 218 mph top speed. This same bike is also use for TTXGP racing and are one of the top teams.

All in all, the EV motorcycle world is the hidden EV race not know to the general public. This segment, backed by racing that has taken off and will be the perfect segway for EVs in general. And if you are still smirking, go ahead and take a Brammo or Zero Motors for a spin. Then tell us about it. I know I was surprised.