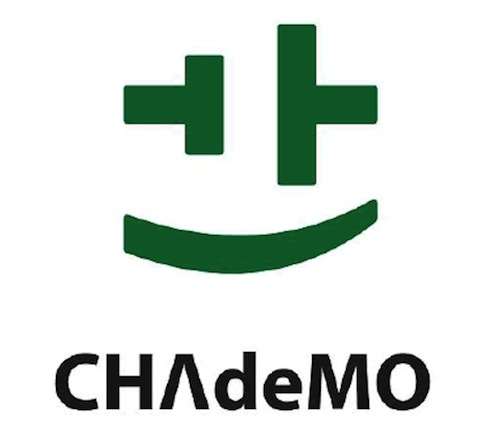 The automobile has given us plenty of sad occasions of how it had reinvented the wheel at times, electric charging stations might show this time, it’s different.
Advertisement

For those of you who are eagerly watching the CHAdeMo versus Combo system fast charging war, it seems both standard might come to a mutual agreement.

Technically Speaking. The Japanese CHAdeMo system has been in use for a few years and allows up to 62.5 kW of direct current into an electric car, EV. The name is an abbreviation of "CHArge de MOve", or "charge for moving". It refers to “O cha demo ikaga desuka” meaning: "How about some tea?” This refers to the little time it takes to charge an electric car. One of the paradigm people enjoy most at a charging station is that they have enough time to talk to one another, something we have lost at gas stations. The Combo system on the other hand is developed via the SAE group with a strong push from German and US automakers. The standard should theoretically allow up to 500V, with a maximum current of 200 Amperes, which could yield a charge of up to 100 kW. The J1772 “combo connector” would allow for a single plug to charge via Level 1, 110V common wall socket, to Level2, 220V and finally fast charging.

Europe & the US versus Japan. On the US and Europe side you’ll find; Chrysler, Ford, General Motors, Audi, BMW, Daimler, Porsche, Volkswagen. On the Japanese side, CHAdeMo was created by The Tokyo Electric Power Company, Nissan, Mitsubishi and Fuji Heavy Industries, the latter includes Subaru, with Toyota joining later. On the CHAdeMo side the argument is simple. CHAdeMo already works and has been used for a few years. SAE argues that it isn’t a standard yet, so it needs to create one. The absurdity would have led to yet another standard as we have seen it in the computer industry, something that soured user experience greatly.

Both CHAdeMo and SAE groups are feeling a compromise must be reached. Hideaki Watanabe, corporate vice president of Nissan Motor Company went as far as saying: “There’s really no conflict between the CHAdeMo and Combo systems. We just have to work together to standardize the charging systems,” Fearing the fight is calming down potential investments for the much needed infrastructure, both groups now are working together.

The Chinese Catalyst. China is no country to sit idly while the West argues moot debates. The allure of the budding untapped Chinese automobile market is enough to get everybody in line working hard to standardize both standards. If Japan and the rest of the world don’t agree soon enough on a standard, China will have its own and everyone will have lost an opportunity.

It’s good to see the automobile is not recreating the same mistakes it has over the past decades of fighting one another with disastrous consequences. The standardization of CHAdeMo and the Combo system means the EV infrastructure will happen faster than if the industry waits for one to win over the other. In this instance, a recession has pushed carmakers to think globally, letting the user win.