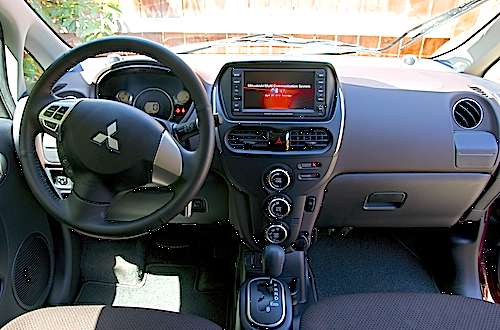 There’s no denying stepping into a hybrid, HEV, a plug-in hybrid, PHEV or a pure electric car, EV for the first time can be a little disconcerting at first. Then it all makes sense, if the right environment has been intelligently thought of.
Advertisement

For those of you who recall the first time trying to turn on an alternative energy car, you might remember a moment of confusion. In some cases there are no keys, or when there is a key and you rotated to the start position, nothing happens. There is no noise. There is also the odd new layout of instrumentation and maneuvering system. Almost everything is different in its operation.

Rolling Computer Platforms. In many ways, current HEVs, PHEVs and EVs are rolling computer platforms. They pack more computer power than the first lunar landing capsule. Making this environment cozy, human friendly and ergonomically correct is not a small task for car manufacturers who only had to worry about gas consumption and comfort. Adding the extra layer of computer systems and building friendly graphical user interfaces, GUI is the domain of Apple, not car makers. This is a huge challenge many car makers are dealing with, that of becoming very, very computer savvy.

Apple Versus Microsoft. If the Apple versus the Microsoft war has taught us anything it’s that a company that builds everything from scratch and in charge of product delivery is one that wins clients. Add to this a creative team that puts themselves in the shoe of users, understands their intrinsic desire and how potential buyers want the experience to be and you have the winning product.

On Board Info Systems. On board information systems in cars have evolved and are becoming increasingly sophisticated. AC Propulsion would even go as far as giving information on each single battery cells in its EV. Nissan has done a stellar job and probably ahead of the competition… so far. Ford has also caught up well and both manufacturers offer intelligent and fairly easy system to use. But, there are two problems. People are used to convenience and expect a lot for very little. The Mitsubishi I I’m test driving these last few days has shown me the car is the best entry-level EV you can get but the information system still needs some tweak. But at $21,600 or so dollars after federal incentives and more if you live in certain states, what’s not to like?

The Next HEV, PHEV & EV War. It seems the next big selling point for EV makers and other such cars is will be the increasingly intelligent information system and how user-friendliness its GUI is. Even though manufacturers understand this well, they are fighting many wars on different front. The continuous evolving state of battery technology, refinements in rolling stocks, the ever increasingly sophisticated low rolling resistance tires, recharge stations technology, and the list goes can spread a company ‘s R&D thin. The next fight might well be how “comfortable” an EV is to use and operate.

Nissan is probably the car maker to follow so far. The user experience has been a forefront concern for the car maker. Nissan wanted you to feel you were not alone in this EV universe and that the over hyped “range anxiety” used by frightened automakers caught with no plans would not deter you from buying an EV. It would be great to see Apple team up with a few carmakers. Ford probably has one the greatest advantage in the user experience, it values its women engineering team who brings the right design touches, making them not comfortable, but humanely approachable. In the meantime, one place to turn our attention to is the flourishing world of apps available for smart phones. I’ve tried two with great success, ReCarGo and PlugShare

It will be interesting to see how on board information systems evolve with different makers. I’m particularly interested in Tesla Motor’s Model S interface which is the closest thing to Apple system… and for the right reasons. It is incredible to see how far the world of EV has come in a decade. It has evolved more than it has last century. As on board information system become friendlier, GUIs develop to bring you all the latest technologies, the world of hybrids, plug-in hybrids and electric cars will be in sync with your home entertainment system.

LG's New EV Battery Plant Is a Welcome News for Tesla
Tesla Giga Berlin's New Hurdle: It's Not Only the Gov't, but Now Tesla Itself
END_OF_DOCUMENT_TOKEN_TO_BE_REPLACED