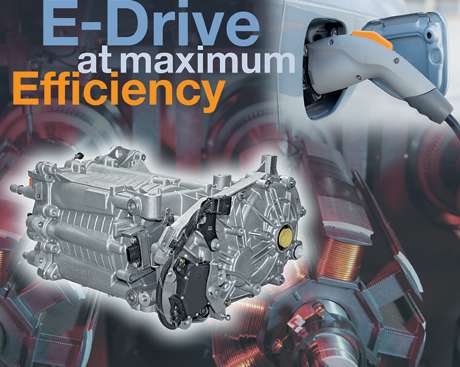 Finding the careful balance between lowering pollution and making electric cars even more efficient is a tricky deal but companies, such as Continental find intelligent designs and systems that lower the burden on our planet Earth and still manage to raise performance.
Advertisement

Manufacturing or driving cars raises the issue of pollution. While there are no silver bullets, companies are finding better ways of refining components while reducing global footprints. Continental might be a company you associate with tires but its other departments are involved with ways of reducing pollution, refining electric car components and making electric motors particularly efficient without sacrificing pollution.

Continental’s Electric Drivetrain Department. Continental has been converting regular cars to full electric by using its in-house components, which include electric motors, batteries, electronics, propulsion, charging systems, as well as its Conti.eContact tires. For instance, its Conti.eContact tire offers an intelligent solution to low-roll resistance solution by moving away from a 195/55R20 tire and replacing it with a traditional 205/55R16 whose flexible sidewall help reduce energy loss when deflecting or rebounding and substantially reduced rolling resistance.

Electric Motor. When it comes to electric motors, we know we have a choice between AC and DC motors. DC motors are cheap and do fine with a homemade conversion but they don’t allow for regenerative braking, something AC motors can do. Continental’s electric motor goes a step further by using a synchronous electric motor that is “externally excited”.

Technically Speaking. Externally excited synchronous motors have high efficiency through a wide range of operation, especially at high RPM. This design helps lower inductance, which protects the motor and uses no expensive rare earth metals. Continental’s central control unit is based on a mass-produced engine control unit that controls the drivetrain and manages temperature, energy usage and the recharging procedure. The company also uses a beefy 10 kilowatt on-board charger that completely recharges the electric car in about 2.5 hours with Level2.

One annoying problem when it comes to mass-produced cars is that they are soulless. When you drive a high-performance electric car, it is usually well engineered and certain features can be tweaked to your liking. One of the biggest pleasure of driving an electric car is the feel of its the regenerative braking. While Mitsubishi’s i MiEV let’s you choose from 3 driving configurations with its electric car, rare are other manufacturers that let you tweak these settings. Continental has an advanced active accelerator pedal, called the Accelerator Force Feedback Pedal, or AFFP. It uses a built-in actuator that is completely programmable and gives you feedback signals that can help drivers travel economically.

We are witnessing an exciting rebirth of electric cars with new technologies promising better performance, less pollution and more enjoyments. We can only hope to see Continental’s external excited electric motors and other intelligent components make their way into everyday electric cars.

John A. Tamplin wrote on July 13, 2012 - 6:43pm Permalink
re: Flexing Tire Sidewalls - I would have thought that the energy lost in rolling was *due* to flexing of the sidewall, which in turn heats up that tire (and that energy comes ultimately from the propulsion source).
Nicolas Zart wrote on July 13, 2012 - 9:53pm Permalink
My exact same thought. I'm actually talking to Michelin guys to have them explain how their low roll resistence tire works. It tiruns out, they find a way to inflate the tire more than the usual 32 psi which compensates for belt slack. It's absolutely different then what I had imaged. I was also impressed to see how many parts go into a tire. It's not just one big mold. Thanks, Nicolas