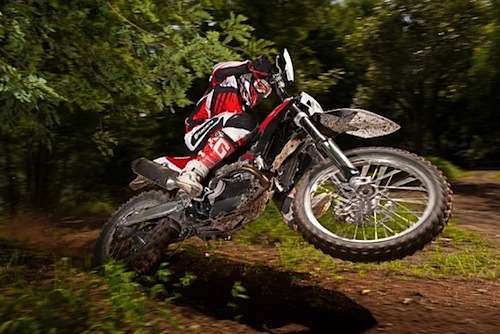 Can BMW Bring Back Husqvarna Motorcycles

BMW bought the famed Husqvarna motorcycles in 2007 and is plotting an intensive roadmap back to its former status.
Advertisement

Husqvarna made 2 stroke lightweight bikes that beat the more traditional 4 strokes in the middle of the 1960s. Racing later with antiquated suspensions, Husqvarna competed against single suspension back arms, reversed front suspensions and engine-on-frame designs and still won.

History. Husqvarna has a very long history, dating back to 1689 producing muskets for the Swedish army, the motorcycle didn’t come until 1903. In the late 80s, the company was sold to the Italian bike maker Cagiva, also part of another famous Italian motorcycle maker, MV Augusta Motosport, when BMW bought the company.

The BMW Era. In October 2007 Husqvarna steps into the BMW Empire, while still developed and manufactured in Cassinetta di Biandronno, Italy. This intriguing wedding makes a lot of reason for both bike makers. Since then the BMW Group has been working on fresh concepts, technical innovations and the much needed stronger sales structures Husqvarna was lacking. To complement the existing Husqvarna dealership network, selected BMW motorcycle dealers offer the current range of models. With the introduction of the Husqvarna Nuda 900 and the Nuda 900 R, BMW got instant recognition. Voted in the Germany MOTORRAD magazine in 2012 on a podium place in the grueling Enduro/Supermoto segment, in spring of 2012 it won the Red Dot Design Award 2012, where the Nuda 900 R got the “red dot: best of the best” accolade for the highest design quality. Off to a good start, but now what?

Husqvarna’s New Life. Infusing new life in a company with such culture is not a simple thing to do, yet BMW managed quite well doing the same with its MINI brand. With the introduction of the Husqvarna Concept Strada, MOAB and BAJA, BMW has already started a model based on the Husqvarna Concept Strada for volume production. BMW is bringing its legendary motorcycling craftsmanship to Husqvarna and has announced it will still continue to produce the 2 stroke and 4 stroke engines, while undergoing intensive redevelopment and what the company calls fundamental revision in some cases.

What makes the new Husqvarna special is that BMW is pouring its savoir faire while keeping what make the brand famous. With its minimalist lines that emphasize dynamic forward momentum, they follow the technical demands placed on motorcycles designed for racing, keeping in mind optimizing performance, handling and safety.

Technically Speaking. There are currently three general lines at Husaqvarna, Motocross, Supermoto, and what also made the brand famous Enduro. As far as Motocross, you’ll have a choice of 50, 65 and 125cc, joined by the more potent 250 with the 449 which aims for wins at the MX2 class. The later is a 4 stroke single cylinder, which sports twin overhead camshafts, valve finger followers, weight-reduced piston and Keihin fuel injection. Using a chromoly frame as well as an Akrapovic titanium exhaust system, the bike has a coaxially positioned rocker arm with its countershaft sprocket located directly on the rocker arm pivot, a centrally installed two-section fuel tank, and a mapping switch that can be adjusted while riding.

In the Supermoto range, you can find 5 different bikes with engines starting at 50, 125, a 500 and a 600cc. The SMR 511 and the 611 use the Coaxial Traction System, CTS with a coaxial drive sprocket to the swing arm pivot pin, the linkage is mounted on the upper side of the swing arm and the Sachs suspension strut. The four-stroke engines sports electronic injection and double butterfly throttle.

Street wise, Husqvarna has the Nuda 900 and Nuda 900 R models whose twin-cylinder are based on the BMW F800. These bikes are the fruits of the cooperation with BMW Motorrad.

Lastly, BMW so far seems to be doing a great job not diluting away the famous Husqvarna away. The companies are proud to announce the world’s first anti-lock braking system, ABS for use in off-road sport that will be carried on the TE449. All in all, we can see BMW is doing a great job bringing what it does best motorcycles and infusing new life in the legendary Husqvarna.

Aaron Turpen wrote on March 20, 2012 - 12:31am Permalink
Bring on the old "lawn mower motorcycle" jokes from early Honda years. :) Not to mention the obvious "Nuda" jokes. But if these can compete on par with EU imports like those of Quantya, then there might be something going on.
Nicolas Zart wrote on March 20, 2012 - 4:39pm Permalink
Great point. Isn't there a website that covers the automobile's worse names? I still have to ride a Quantya. Mind you this is strictly gas engines, even the Nuda, sorta...

Panasonic Updates Profit Forecast, Noting How Much Tesla Batteries Help The Jump
2022 Porsche 911 GT3 Laps Nurburgring in 7:04 With Journalist Behind The Wheel
END_OF_DOCUMENT_TOKEN_TO_BE_REPLACED