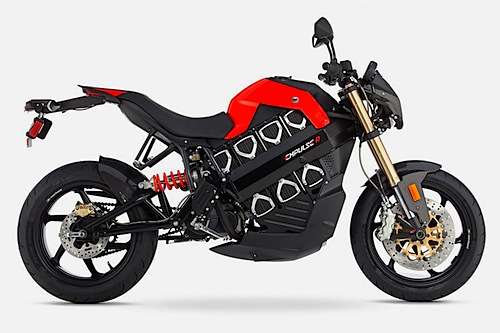 Bostrom & Brammo. Brammo is eager to solidify its leading role in the electric vehicle racing space with the announcement that Eric Bostrom will be joining Steve Atlas as a rider for the world-famous Team Icon Brammo. You might remember Eric Bostrom in the AMA Superbike series for Attack Kawasaki. If you don’t, you’ll remember him as a member of the Austin Ducati and Parts Unlimited Ducati teams between 2004 and 2005. Bostrom has also run for the Kawasaki team factory between 1999 to 2003, with Erion Honda in 1998 and Zero Gravity Racing in 1997. Suffice it say, Brammo has attracted yet another big caliber to its team.

The Future Of Electric Motorcycle. If you have any doubts about the future of electric vehicles, EV then take a closer look at the motorcycle world. Motorcyclists are a passionate bunch and not always make the cover of mainstream media, unfortunately. They nonetheless are passionate and driving this new industry forward.

In fact, according to Brian Wismann, Director of Product Development for Brammo and Manager of Team Icon Brammo: “Team Icon Brammo is excited to add a rider of Eric’s caliber to our team headed into the most important race weekend of the season, the TTXGP North America Championship 2012 at Mazda Raceway Laguna Seca, Eric’s insight and experience will be an instrumental resource in continuing to develop the promising potential of electric motorcycle technology.”

Brammo And Racing. We know that there is no better way to fine tweak vehicles than racing them. Brammo is using racing for the development and production of its electric motorcycles. In 2009, Brammo competed in the first TTXGP race and finished as the top American team. Since then, the company has developed a thirst for racing, which has led to a new motorcycle unveiled in Los Angeles, the Empulse R. Hailed as the world’s fastest production electric motorcycle for consumers, the unveiling spared no expense and attracted a who’s who of the motorcycle and socialite world. Last year, Brammo won the 2011 TTXGP North American Championship, with the Empulse RR and rider Steve Atlas.

And as for Bostrom: “As I’ve always said, I have a love for all things on two wheels. Since my departure from Superbike competition, I’ve been competing in bicycle racing which has sparked my growing compassion for green power. Having ridden both Brammo’s street and race models, the progress electric bikes have made in their short existence is nothing short of phenomenal. Our quest to develop the best bikes of tomorrow is off and to the races, and leaving a smaller footprint along the way.”

Congratulations Brammo on attracting talents to this arena of electric vehicle racing by bringing Eric Bostrom to the world of electric motorcycle racing.