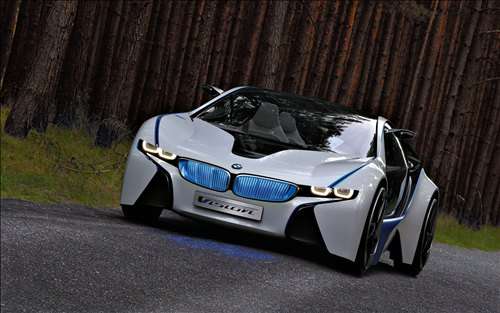 BMW Invests In Coulomb Technologies And Offers Online i8 Price

BMW is seriously taking the lead when it comes to the electric drive in Germany with an investment in Coulomb Technologies and the online price for the i8 and i3.
Advertisement

How Do You Sell An i8? Over your own website, of course. BMW is taking the highly controversial tactic of selling cars over the web in order to provide an inexpensive way for more buyers to flock to the Bavarian choice. Not only does BMW hope recoup what it spent on its electric car, EV models, the i8 and i3, but it will seek to make its cars available to wider base. But the problem with selling online is still the same, how do you try them? This becomes even more important when buying something as expensive as a car.

The i3 and i8 Price. Speaking of expensive, now for the real point, how much will the i8 and i3 go for? As to be expected, BMW will try to fetch as much as possible in order to keep its image of “the ultimate driving machine”, especially in the wild new frontier of electric cars. The four-seat, all-electric i3 should appear on the market late 2013, priced at around $48,500, or about 40,000 Euros. This means in the US, you will have a choice of a Tesla Motors Model S sedan or a the BMW i3. The plug-in hybrid, PHEV i8 will come later in 2014 with a cost of more than $124,000 or about 100,000 Euros. This puts this exotic plug-in hybrid into a sphere of its own.

The real question is will BMW’s edgy and pricy bet work or flop? That is the crux of the dilemma, especially when introducing something as new and untested as an electric car business model. BMW is facing a brand new, uncharted territory and even though it is investing in Coulomb Technologies’ charging stations and management, its i3 and i8 price is a win or break deal.