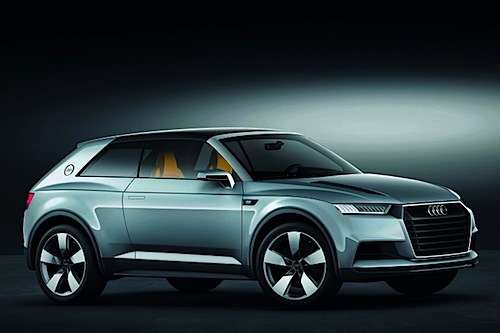 The Mondial de l’Automobile, the Paris Auto Show has a few interesting surprises for you. Find out which alternative car might suit your needs best.
Advertisement

BMW Concept Active Tourer. BMW offers us an SUV with front-wheel drive that saves weight. Sporting a new 3-cylinder gasoline engine, it uses an electric motor that drives the rear wheels. The total output using both gasoline and electricity is 190 HP. Being a plug-in hybrid, PHEV, the Concept Active Tourer can use a regular electric socket to recharge its lithium-ion battery pack, which allows an electric-only range of roughly 18.5 miles.

Mercedes SLS AMG Coupe Electric Drive. Yes, it might not be in everyone’s budget but this is the fastest and most powerful electric car… period. The Mercedes-Benz SLS AMG Coupe Electric Drive is a pure electric supercar that just about rivals the gas-powered SLS AMG. With its 4 electric in-wheel motors, the total output is a brute 740 HP with 738 lb-ft of torque. It will sprint the 0 to 62 mph in 3.9 seconds with a top speed limited at 155 MPH. A heavy lithium-ion battery packs 60 kWh but makes up for it with use of aluminum and carbon fiber.

Porsche Panamera Sport Turismo Concept. The other performance German king won’t be left behind with the Panamera Sport Turismo which showcases a new plug-in hybrid, PHEV system using a new lithium-ion battery pack and an electric motor more powerful than the current Panamera S Hybrid and Cayenne S Hybrid. Paired with the same supercharged V6, Porsche believes the plug-in hybrid can drive 18.6 miles at speeds up to 81 mph on electric power alone.

Mercedes-Benz B-Class Electric Drive. The 2014 Mercedes-Benz B-Class Electric Drive concept car shows Mercedes is also serious about alternative energy vehicles. Case in point, the electric vehicle provides a range of about 125 miles with a battery pack that can be recharged using 240V Level 2 and an even quicker 400 V fast charging system provided that takes less than an hour to give you 60 miles. The 134 hp electric motor has a maximum torque of 228 ft lbs torque and is coupled to the company’s 3L gasoline engine to give it a 0 to 60 in 10 seconds, and a top speed of 93 MPH.

Audi Q Plug-In Hybrid. Audi Q models should a plug-in hybrid platform using two electric motors coupled to a 3 cylinder 1.5L TFSI engine giving a total output of 130 kW, 177 hp, a 0 to 62 mph in 8.6 seconds and a top speed of 113 mph. It can be driven in a dual-mode hybrid, using combinations of the combustion engine and two electric motors. At up to 34 mph, the power is supplied by the electric motors, developing 85 kW, 116 hp and 184 lb-ft of torque. Using a 17.4 kWh lithium-ion battery, the car should yield a range of around 53 miles and sprint the 0 to 60 in 9.8 seconds.

While you can force electric mode at up to 81 mph, normally above 34 mph the hybrid mode kicks in automatically. The gasoline engine gives 95 kW, 130 hp with 147.5 lb-ft of torque. An electric motor is coupled to it adding an extra 50 kW, 68 hp with 154.9 lb-ft of torque and functions primarily as a starter and an alternator.

One thing is certain, the German carmakers have finally embraced the electric drive and in more intelligent ways than we originally thought. Sure, these are concepts but it seems more than ever the German automobile industry is serious about plug-in hybrids.