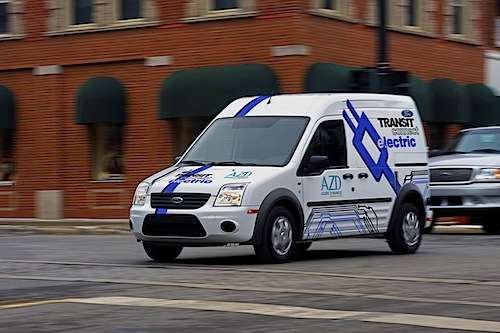 This past week hasn’t been tender to battery makers as recall packs and face bankruptcy, yet carmakers are still going ahead.
Advertisement

Unless you’ve been living under a rock, this past week has been brutal for battery makers. A123 Systems recalls many of its battery packs, including the ones with the problems found on the Fisker Karma. The story is sadder for Azure Dynamics, another pioneer in the market who has announced bankruptcy. While you would assume this would spell doom and gloom for car companies heavily invested in electric cars, the news shows otherwise.

A123 Systems. The news here is that A123 Systems announced a manufacturing problem caused in its Livonia facility, according to CEO David Vieau. The company problem stems from certain prismatic cells that were not welded together correctly. The defect is caused by one of the four automated welding machines. A123 Systems says it will start shipping replacement battery packs to five of its customers later this week and estimates the replacement will cost around $55 million. This sent stocks tumbling down, 14% to $1.21 after the announcement, since then, it has lost 29% of its original value. To add to the situation, a potential claim investigation from a law firm has been announced.

Azure Dynamics. For Azure Dynamics the situation appears worse, at least at first view. After laying off around 120 employees in Michigan, Massachusetts, Canada, and the UK, the company announced bankruptcy. It hopes to reorganize and believes it can still create a bright future for the Transit Connect Electric. The problem here is that the Transit Connect Electric is an Azure Dynamics conversion. It was noticed by Ford who was all too eager to add it to its electric vehicle portfolio. There is no word as of yet whether the production would resume. As to Ford, according to spokesman Wes Sherwood, it wants to ensure that Transit Connect Electric customers continue to have support throughout their ownership experience.

Electric Carmakers. As you might think, this is a problem for electric carmakers that have bet heavily on the electric drive. Ford's own electric-vehicle strategy remains unchanged and is still an integral part of their broader boost fuel economy plan across their lineup. The Ford Transit Connect Electric has much riding on its shoulders, which appeals to professional with dedicated routes, usually under 50 mile range, something it is very well suited for. The Transit Connect has a smart after market cargo packing system that caters to professionals to neatly packing their tools.

As to Ford, this is not the catastrophic news the media is making it out to be. It is still going ahead with making one of its biggest development center exclusively working on electric vehicles, EV, hybrids, HEV and plug-in hybrids, PHEV. And for even better news, BMW has signed a collaborative research agreement with Toyota’s electric battery research department.

BMW Partners With Toyota. The agreement follows through on the collaborative research in the field of next-generation lithium-ion battery cells with a memorandum of understanding concerning a mid-to-long-term collaboration on next-generation environment-friendly vehicles and technologies. The first announcement of the two companies teaming up came in December 1, 2011. If BMW gains from the battery research experience of Toyota, Toyota Motor Europe, TME, its European subsidiary will get the BMW Group to supply its highly efficient 1.6 liter and 2.0 liter diesel engines to TME starting in 2014.

Charging Stations And EVs. Finally the good news is in charging stations. Last Friday, NRG Energy announced a $100 million, 4 year agreement with the state of California to work with its Public Utilities Commission to build a statewide comprehensive network of electric vehicle charging stations. The plan will definitely boost EV sales as it calls for a minimum of 10,000 individual charging stations installations at individual homes, offices, multifamily communities, schools and hospitals, and a much anticipated 200 public fast-charging stations throughout the San Diego county, San Francisco Bay area and the Los Angeles Basin. This alone should add plenty of EVs up to 50 miles of range in less than 15 minutes of charge, on an average.

While we lament the problems of domestic battery makers, much is at stake and we are too far ahead for this to hold back the inevitable roll out of electric cars, its infrastructure and the countless companies teaming with each other to further develop battery technology.