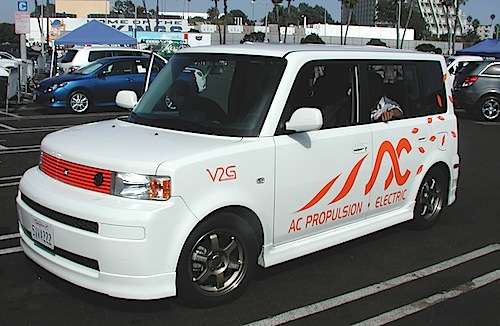 Are Electric Cars Sales Slow Or Predictions Too High?

No matter where you look in the press these days, you will not be able to miss the continuous stream of negative news from the electric cars lackluster sales number. So are sales numbers low or did “expert” predict too high again?
Advertisement

We Never Learn From Our Past Mistakes. No matter where and how you look at it, economic “experts” rarely hit it right. The last economic bubble drew very few warnings from the so-called economy experts. In fact, less than a handful were raising flags to no avail. Most experts derided those who cautioned the economy to slow down. Along the same vein, early predictions of electric car sales were very, very optimistic. After all, the U.S. was sobering out of an economic out of control party, facing a slump unlike any others it had seen in the past. All hopes went on the bubbling alternative energy vehicle market, focusing squarely on the electric car. The problem is the electric cars, and electric vehicles, EV in general are not meant to do everything for everyone.

Experts Optimistic. We should have learned our lessons by now. Economy experts have a poor track record. Most of the them get it wrong and count on consumer spending against any measured rationality. It happened when the electric car became more and more of a reality in 2008. The industry focused once more on the silver bullet type of approach. But there has never been a silver bullet for the economy. In the 70s, LNG was all the rage when we experienced our first petroleum shock. The 80s gave birth to CNG, then it was methane’s turn, and hydrogen and ethanol just gave its swan song. Each successive administration embarked on their pet energy program, dumping billions without any realistic goals.

It was normal to bet everything on electricity after that. It is plentiful, outlets are everywhere and 80% of our daily commutes are 40 miles or less. Any electric car on the market can do that today. The purchase problem was solved by giving would-be electric car drivers incentives in the form of tax rebates. Up to $7,500 fro the Federal government and states chipped in, as well as local municipalities.

Something Went Wrong. But something went wrong. In fact, the same thing that went wrong before, went wrong again. We put all of our hopes in one basket one more time hoping against all odds. “Experts” predicted consumers would flock to electric cars, despite their average initial $40,000 cost. Worse yet, the electric car was hailed as the silver bullet for our ailing economy. It was going to take everyone anywhere. But the problem is it can’t, it won’t and certainly wasn’t designed for it.

Electric cars are great but for a small amount of people in certain condition, despite answering the needs of more than 80% of our daily commute. Electric cars were sold as a hope, and numbers were over-estimated again, by the same economists who missed the previous elephants in the room. So when will we learn?

In the meantime, we can look at it in two ways. Is the glass half full, or half empty? So far, electric cars have sold well, proportionally as well as, if not better than hybrids did their first years. But as long as we let so-called economic experts dictate euphoric and unrealistic numbers, then we are not out of the woods yet.

John A. Tamplin wrote on October 29, 2012 - 10:45am Permalink
I think EVs *should* be the default choice for most people, with the caveat being it takes some effort and we are probably a bit early to have all your vehicles be EVs (so if you only have one that is a problem), and they only make sense for people in the market for a new car. Since the economy has been lousy since practical EVs have arrived, it shouldn't be unexpected that people defer new car purchases if they can. But, if you are going to buy a new car, you will still have a gas car available, and you aren't a traveling salesman, you really should look at an EV. The cost of operation is so much lower, and with the tax credits it doesn't really cost more than a comparable gas-power car. Right now, all the practical EVs are pretty similar, but over time I think we will have more diversity (and not just those that can afford a Tesla Model S), so EVs will fit more customers' needs.
Nicolas Zart wrote on October 29, 2012 - 7:37pm Permalink
Hi John, it's a good point. EVs came on the market when the economy finally collapsed and considering, they sold well. Of course, this is just the beginning and that explains why EVs have more or less the same range and look more or less the same. As time goes by, and especially when Tesla brings out their Model X, we should see different shapes and mileage. In the end, I stick to my guns. Rarely do so-called experts get it right, whether in economy, the past real estate bubbles, and certainly not when it comes to the new field of electric cars. Thanks, Nicolas
Frankly Green wrote on October 29, 2012 - 1:56pm Permalink
When consumers better understand the value proposition, there will be greater adoption. Folks who are interested in EVs should also consider solar which is a game changer. Let the sun power your EV and home. Check out WattPeople, they do a great job of making it easy for consumers.
Nicolas Zart wrote on October 29, 2012 - 7:39pm Permalink
Yes, when people realize these cars are great for our everyday commute, if you slap on top charging from sunshine, it really makes them even more attractive. I think in due time, as gasoline continues its increase in price, more and more drivers are going to go to hybrids, then plug-in hybrids and realize they use their PHEVs in electric mode most of the time. After that, it's hard to argue an electric car that has more mileage for the same price. Thanks, Nicolas