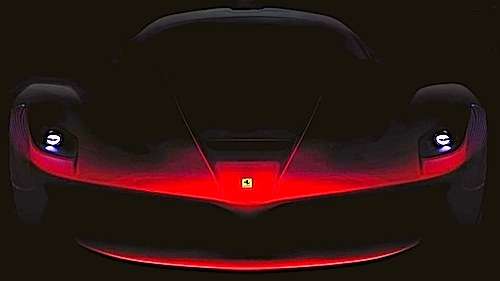 If 2012 was the year of the choice of electric vehicles, EV, 2013 will be the choice of plug-in hybrids. What can we expect?
Advertisement

2013 should see more plug-in hybrids hitting the show floor and dealerships. Why? It’s the natural progression to a hybrid and most people by now understand they can squeeze more fuel efficiency out of one than a hybrid. Many Volt owners now race from charging points to another in order to not use gasoline. Talk about gasoline anxiety. Plug-in hybrids, PHEV is a perfect stepping stone before we get to full-electric vehicle, EV.

Cadillac Makes The Volt Look Sexy. For those of you who felt the prototype of the Volt was great and were left feeling blah at the final shape, the ELR is Cadillac’s take on what the Volt should look like. The ELR will sport a beefed up revised Voltec powertrain in order to deal with the extra “luxury” pounds. Will the ELR do well? It will most likely shore up the slow sales of the Volt but don’t look for all Cadillac buyers to flock there just yet.

Ford Fusion & C-MAX Energi. Ford will also introduce it’s first PHEV with both the C-MAX and Fusion. The Fusion and C-MAX have a lot going for it. Ford is on a Toyota hunt path and so far delivers two cars that cost less, do more and save more gasoline. Can’t goo too wrong with these two cars and we can be sure they will win further accolades.

Tesla Model X. Basically this is a Model S slightly raised into a crossover. What will be significant about the X is that it will take on Toyota’s RAV4 EV in terms of handling, styling and performance. Watch this to be next year’s car of the year award of some sort. Of course, the sell-directly-to-clients business model will work, see what it has done for Apple under the right circumstances.

Honda Accord PHEV. Watch this car that come in discreetly and win over a horde of Honda faithful. In my initial test drive, the Accord PHEV felt like an upscale Acura, equally at ease on congested Los Angeles roads and highways. The seamless hybrid transfer will please many and the low fuel consumption will win accolades. This is the sleeper in the room and will set standards for your mass first generation PHEV.

Chevy Spark EV. Once you dig through the over-the-top, enthusiastic marketing from GM, you will see that the Spark EV is actually a good little car. No, it’s not revolutionary and GM doesn’t have much elbow room in this increasingly tough competitive new world of electric cars. The only it can do besides giving us those obvious second generation EV updates, such as 6.6 kWh on-board chargers and other connectivity features is to make sure it’s a fun car to drive.

BMW i8 & i3. Although BMW admits it isn’t sure which one will hit the dealership first, the all-electric i3 or the slurpaliscious PHEV performance oriented i8, either of these cars will leave something for the annals of history. This is BMW’s chance to differentiate itself once and for all from its Audi competition by giving potential buyers a fully thought EV/PHEV experience. Buy the i8 or i3, and why not both, sign up for the iDrive and you have a zippy city all electric car, a performance PHEV and other BMW cars if you need longer, more seats kind of drive.

Ferrari F150. No, this isn’t the illegitimate lovechild between the exotic carmaker and Ford but rather a leap jump into the future for Ferrari. The F150 is simply brilliant, borrows from their F1 KERS technology experience and manages to shove the amazing Italian symphonic 6.3L V12 with it, accomplishing a 40% fuel saving and overall improved performance. It might not mean much to you and me in terms of direct experience, but watch next year’s war of high-performance hybrid led by Ferrari and Porsche unleashed.

Missing In Action. In the Missing In Action segment we will lament the lack of hybrid power from Subaru. Although the carmaker is engaged in remaining relevant and tackling this cryptic Millennial generation, we would like to see a hybrid, and why not PHEV WRX. Toyota will spend another year buffing its tarnished reputation, so we won’t see much in terms of PHEV development of its Prius or its RAV4 EV, especially after Tesla comes out with its Model X competitor.

Audi doesn’t look ready to give us a hybrid, or PHEV just yet. They might surprise us with an early EV prototype currently being tested in the LA or put the VW's Jetta Hybrid’s platform into their A3.

RevCharles wrote on December 29, 2012 - 3:25pm Permalink
See the mighty Diesel locomotive!! Really a SERIAL hybred!! This is what the Chevrolet Volt reminds me of.
Nicolas Zart wrote on December 29, 2012 - 3:51pm Permalink
Yes, you're absolutely right! We've been making Volts, or Series Plug-In Hybrids since 1938 if memory serves well when the first hybrid locomotive started replacing steam engines. Actually, Ferdinand Porsche had the first real hybrid in 1898. The locomotive diesel engine drives an alternator that feeds electricity to the electric motors on boogies. Hum, funny how we reinvent the wheel, give it a cool, catchy name and history is made again. You got it.
Historian wrote on December 29, 2012 - 11:32pm Permalink
The irony here is that the company that made diesel-electric locomotives popular was General Motors (their Electro-Motive Division). It took more than 60 years (and a government bailout) before GM put plug-in hybrid electric technology into their automobiles. Although it needs to be pointed out that unlike hybrid cars, diesel-electric locomotives were not capable of regenerative braking until very recently. Nonetheless I think an EMD SD70MAC would probably be more fun to drive than a Chevy Volt. :-)
Nicolas Zart wrote on December 30, 2012 - 1:49pm Permalink
Ooooh, you're tough but it's funny. I thought it was EG who built the first hybrid diesel locomotive. I guess it proves to show what a recession can do in the motivation department. Actually, electric locomotive on the steep French-Swiss Alps hill had regen capability since the 60s if I recall well. They had sub-stations throughout the downward slop where the locomotives would shunt the excess electrons in them, helping the ones coming up. I love train technology also :) It could teach automakers a thing or two.
sam wrote on December 31, 2012 - 8:28am Permalink
The perfect car would be a plugin hybrid, charged with solar at home and a flex fuel powertrain as a backup. That is what we need and the low cost of producing these cars and the availability of ethanol will certainly end big oils monopoly. This is the ultimate clean choice.
Nicolas Zart wrote on January 1, 2013 - 12:17pm Permalink
Although I would mostly agree with you, the Model S is making a case for range, even if the price is still high. I think at one point or another, battery technology will be sufficient. Last time I spoke to IBM engineers about their Lithium-Air batteries, the only obstacle left was devising a de-humidifyer that works well. Essentially, many battery technologies are ready, they are either too expensive or have a few non-core technology obstacles left to solve. In the meantime, PHEVs are a great stepping stone, you're right.