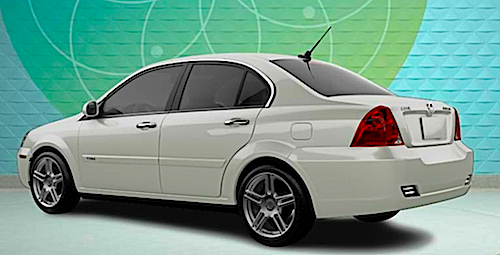 Electric car zealots beware, this article will rile you up. But if you like electric cars and are actually interested in honest presentations, then you will be happy.
Advertisement

For years we have been hearing about how electric cars will save the world. Electric cars are going to save the planet, save the economy and just make you a better person. While some of these points can be true, the fact is that in the end electric cars are just another choice for us. So what’s wrong with choice?

Say It Like It Is. Whenever you read about electric cars, EV, and plug-in hybrids, PHEV, the general news media is firmly entrenched for or against. If you want to understand better, come to a more learned conclusion, you’ll need to do a lot of digging . With that said, portraying electric vehicles doing all of the above is sheer lunacy.

Jeff Siegel on EnergyAndCapital says it well: “...misinforming the public about the realities of electric vehicle integration is not in the best interests of electric car supporters. I realize many of my fellow EV supporters don't like it when my analysis never shows EV market penetration moving beyond 1.5% by 2020. But my job isn't to soothe the emotions of unrealistic zealots. And quite frankly, pushing starry-eyed and highly-improbable expectations does no one any good when the chickens come home to roost. Moreover, to go from practically zero to 1% or 1.5% penetration inside of ten years is actually quite impressive...” Entertaining unrealistic market projections in the midst of economic turmoil are cheap parlor trick where the chances of getting it are 50-50.

Early Adopters And The Rest. I’m still not convinced about how Jeff believes we’re in the early to mass adopter phase, although his numbers suggest otherwise. I still feel the bulk of alternative technology market shares come from mostly heavy populated cities. But the adoption plot line is simple. You have the innovators, the ones who go out and build it because it’s not on the market. The early adopters, the late majority (always looking for a bargain) and the laggards. The laggards are the least interesting market segment and probably still have rotary phones because after all, hey, it works.

Jeff argues that we will get to the start of the early majority stage until somewhere around 2020 to 2025. He adds this trend will rely on how quickly battery costs come down and oil prices rise. What we can all agree on is we’ll see which carmakers can actually make a profit on these things and survive. Most predictions agree on two or three winners, which makes sense in the current line of business practices. But what if our current business practices falter, as they have the pas few years? This happened when the new automobile industry and giants like Ford, Cadillac, Chrysler and others went from startup to global established leaders. In other words, is the advent of commercially available electric cars radically different enough to open the door for startups to establish themselves as tomorrow’s leaders? The answer is up for debate but with a 228% increase in electric car sales since last year, certainly all eyes are on Tesla Motors, Fisker Automotives and CODA to prove this wrong.

1 To 1.5% Market Share Is Good. 1 to 1.5% market share expectancy in ten years is not bad, especially if you happen to be one of the companies within the slice of the pie. Considering over a decade ago, only innovator tinkered with EVs, usually converted but rarely bought. With emerging market overseas growing where gasoline is much more expensive than the artificially kept low prices we have in this country, alternative cars are going to be highly sought out. Imagine countries that routinely pay $9 a gallon and all the sudden that 1 to 1.5% market share of electric drive cars is a nice slice.

In the end a few things are known. Gasoline prices go up, we will always pay taxes, the last time our income was above inflation was in 1959 and you can make electricity in your own garden. Add to this the price of lithium batteries have come down steadily over the past two decades, newer electric cars travel further and cost less, and mostly they are just another choice of cars is how we should look at them.

Priyanka_Shekhawat wrote on November 12, 2012 - 5:30am Permalink
Reality check is crucial along the way as we move progress further into a future with cleaner models. Even as the market share of pure EVs in five or ten years is quite tricky to predict, what with the uncertainties lurking on battery tech progress (several promising techs but still most are in labs and take about 5-10 years easily to come to market); oil prices are again volatile though are most likely to rise periodically in the coming years. I would believe that the alternative drivetrain market, with hybrids, plug-in hybrids and pure EVs would be a more realistic market share to estimate in the near future and potentially more promising as well.
Nicolas Zart wrote on November 12, 2012 - 11:54am Permalink
Agreed, raising people's hope in an unrealistic way doesn't do much to establish electric cars and their hybrid cousins on the market. In fact, it does the opposite, hence my hint at the old business ways of raising people's expectation won't work well anymore, especially as they are let down. It's almost impossible to predict the future, given the fluctuating nature of economies, the unpredictable burst of battery technology breakthroughs and other global phenomena. The most likely scenario is that we'll see more and more hybrids. Plug-in hybrids will be bought by tech savvy people and those who can afford them, understanding well their daily routines and maximizing their electric miles. Finally, the pure electric cars market share will grow over the years as more and more people make sense of them, especially in affluent urban areas. Add to this the continual declining price of lithium batteries and that seems the mostly likely scenario over the next 10 years.
Anonymous wrote on November 12, 2012 - 2:38pm Permalink
Pike Research came up with slightly different figures in their EV Geographical Forecast for North America. From their Executive Summary: "Overall, sales of PEVs in the United States are expected to grow at a compound annual growth rate (CAGR) of 30% between 2012 and 2020, reaching a nationwide total of 400,073 vehicles in 2020. Based on these geographic forecast models and a qualitative assessment of the mathematical results, Pike Research forecasts that California, New York, Florida, and Texas will likely lead the way in PEV sales with 442,895, 196,069, 112,795, and 109,391 cumulative vehicle sales between 2012 and 2020, respectively. By 2020, Hawaii is expected to have the highest concentration of PEVs; 12.3% of total Hawaii vehicle sales will be PEVs. The vehicles will represent the following percentages of total new vehicle sales in these states by 2020: 4.5% in California, 3.5% in New York, 1.9% in Florida, and 1.4% in Texas. Nationally, 2.1% of total vehicle sales are expected to be PEVs in the same year."
Nicolas Zart wrote on November 13, 2012 - 3:42pm Permalink
Yes I saw it and liked it even more. I like Pike Research and basically anything that gets away from the overly emotional reaction people have with EVs and PHEVs. 30% of where we are today is above Siegel's prediction and fits me well also. Whether we are 1% to 1.5 to 2.1, it's still more choice for us which is more than I can say about the lack of we had these past few decades.