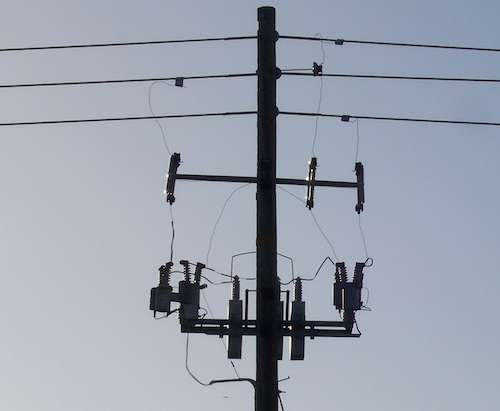 Speaking to the the Senate Natural Resources Committee, Trip Doggett CEO of the Electric Reliability Council of Texas said the grid can handle even widespread adoption of electric vehicles.
Advertisement

Can the electrical grid, as it is today, handle the large influx of electric cars expected in the next few years? While many make handwaving arguments saying the grid will collapse under the heavy load, electricity grid operators around the country have consistently said there is nothing to worry about. A recent NPR report quoted Trip Doggett, CEO of the Electric Reliability Council of Texas, as saying that widespread adoption of electric vehicles would not have a negative affect on the transmission system.

The worry in the back of many peoples' mind is - “If everyone started driving an electric car, could the grid be strained to the point of collapse?”

Management of both electrical companies and grid operators have consistently said that in the general case they are not worried about electric cars, and that the grid has enough spare capacity. There are exactly two situations the electrical utilities are concerned about. The first is the hyper-local electric grid capacity, where a neighborhood may gain enough electric vehicles to overload the local transformer. Such neighborhoods will require upgrade of pole-top transformers. NPR quoted Doggett telling the Senate Natural Resources Committee “The localized distribution companies may have some localized challenges as electric vehicles are located within neighborhoods. In the long term there could be some impact to our resource adequacy challenge, but my belief is that’s not a significant issue in the near term.”

The other case is those hot summer afternoons when all the air conditioners are cranked up to the maximum, and the grid is being stretched to the maximum. However, grid operators and large businesses have signed demand response agreements where electricity demands can be reduced as needed.

The smart grid being deployed around the country also bring with it more tools grid operators can use to stabilize the electrical supply. For example grid energy storage units are large battery packs that can be tapped immediately, at any time, to shore up the grid when needed. Electric cars can play a role in stabilizing the grid, using vehicle-to-grid protocols which will treat the aggregate of all electric cars as a gigantic grid energy storage unit. Rather than electric cars being a problem, they could very well be the solution to stabilizing the electrical grid at any time. The vehicle-to-grid vision requires electric cars to be plugged into charging stations any time when parked, and will allow grid operators to transmit requests for grid-connected electric cars to begin supplying power to the grid.

Most of the time electric cars are recharged in the middle of the night when electricity rates can be extremely cheap, especially for those with time-of-use electrical meters. Additionally many wind power resources are active at night. This means electric cars have the potential to time-shift cheap electricity, which may be wind generated, from night time generation to day time consumption. The cost difference between cheap night-time electricity, and expensive day-time electricity, provides an economic incentive for the vehicle-to-grid vision.

Texas has significant wind power resources, producing the most wind power of any U.S. State.

Doggett did suggest there is a challenge ahead - to ensure new electric car owners don't get into the habit of charging their cars during peak electricity usage times, like those hot summer afternoons.