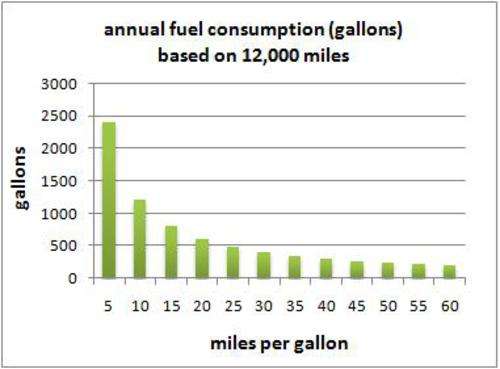 Today in Detroit was the first of three public hearings on the Obama Administrations proposal to increase CAFE standards to 54.5 MPG equivalent fuel efficiency by 2025 (see http://www.epa.gov/otaq/climate/regulations.htm). Among those giving testimony was Luke Tonachel a senior analyst in the Energy and Transportation program at the Natural Resources Defense Council, and he helpfully posted his prepared comments on the NRDC's Switchboard blog this morning.

The three hearings are focused on gathering input from the public on the proposed increase in the CAFE standards, and a draft environmental impact statement drafted by the NHTSA (see link below). They are being held jointly by the EPA and US Dept of Transportation, the first was today in Detroit, the second will be on Thursday in Philadelphia, and the last will be next Tuesday in San Francisco.

Tonachel notes that thirteen automakers and dealers have "recognized the standards are good for business" and that labor leaders and many others are in favor of increasing the CAFE standards. For example Ford Automotive is moving forward with an aggressive program of increasing fuel efficiency through weight reduction, turbo-charging, and electrification. But, as can be expected, not all are in agreement such as the National Automobile Dealers Association (NADA) and a few Republican politicians.

In his testimony Tonachel portrays the stakes as being very high. The higher CAFE standards would save the American economy "a half trillion dollars over the next 20 years" in fuel that we as a nation would not have to buy and burn. Because the U.S. imports nearly 60% of the oil it consumes, the half trillion dollars breaks down to $350 billion going to OPEC (in other words, imported oil) and $150 billion to U.S. oil producers. The higher CAFE standards would mean that $500 billion dollars is available to be spent on other things besides oil, and if it were invested properly would "create almost 500,000 new jobs" and at the same time cut "carbon pollution by the equivalent of 76 coal power plants."

A more efficient car burns less fuel, giving the owner savings "of up to $4,400 over the life of their vehicles under the standard". This is a significant economic benefit for both each individual person as well as the entire country.

As can be expected in the current political climate, some are fighting against the proposed standards. Irregardless of the resistance against the proposal, there is both broad-range support and technological feasibility as demonstrated by the automakers' existing plans. Thirteen automakers gave statements of commitment last July when the new standards were first proposed. All of the automakers have technology under development to increase fuel efficiency such as turbo-charged engines producing torque while expending less fuel, weight reduction efforts to reduce fuel requirements, as well as the range of electric vehicles, plug-in hybrid electric vehicles, and fuel cells vehicles that's getting all the attention.

Tonachel notes that "80 percent of new vehicles in 2025 will be internal combustion engine-powered vehicles," with hybrid or electric vehicles making up the rest. The required fuel efficiency gains will be made through the technology improvements being developed.

Tonachel cites support for the proposal from "almost all of the auto industry," from both Democratic and Republican politicians, consumer advocacy groups, national security groups, economists, business leaders, the UAW, environmental organizations, and a recent poll conducted by Consumer Reports found that "77 percent wanted the government to raise and enforce stronger fuel efficiency standards."

In short the NRDC's message is that the CAFE standards has broad ranging support, is technologically feasible, and provides many tremendous benefits.

Frank Sherosky wrote on January 18, 2012 - 12:31am Permalink
Timely coverage. With the admittance that 80% of cars will still be ICE by 2025, it makes sense all the more to adopt and go all-out with advancing the split-cycle engine technology which can avail air hybrid capability.

LG's New EV Battery Plant Is a Welcome News for Tesla
Tesla Giga Berlin's New Hurdle: It's Not Only the Gov't, but Now Tesla Itself
END_OF_DOCUMENT_TOKEN_TO_BE_REPLACED