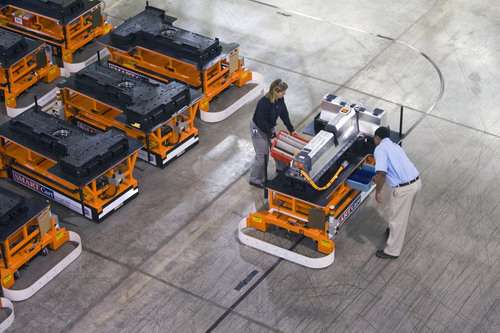 GM's latest video on YouTube attempts to reassure the public about Chevy Volt battery pack safety, in wake of the recent controversy over the battery pack fire during crash testing last year.
Advertisement

General Motors has its work cut out for it, to rehabilitate their image following the hyped up controversy over the Chevy Volt battery pack fire. While there appears to be little actual risk of fire on the Chevy Volt, it has been subjected to a vicious smear campaign, leaving many people confused over the truth about the Chevy Volt. This makes GM's next steps crucial to rehabilitate the Volt's image, and to correct the misinformation that is now believed by many. An advertisement posted yesterday on YouTube is a step in this direction.

The video focuses on a few of the facts about the Chevy Volt, while playing soft gentle comforting music appearing meant to convey friendliness. The facts given in the video are truthful, but is a small selection of factoids compared to the list of facts GM's former CEO, Bob Lutz, presented in a recent Forbes piece ("Truth and Fiction About the Chevy Volt"). While GM could have said much more, a thirty second video doesn't have the same space to present ideas as an article in Forbes.

The key is this claim, "The Volt's battery has been tested for over 395,000 hours". Those who work in product quality testing know that it's easy to rack up hours of testing a product, and not find all the flaws. Rigorous testing by an automaker is meant to ensure vehicle safety, reliability, performance, and more.

But still, there was a Volt battery pack which caught fire, despite all that testing. We can hear in our mind the response to this is to say something about GM's incompetence. The question might be: If their testing was so good, then why did the battery pack catch fire? That's a fair enough question, but one which demonstrates misunderstanding about the product testing process.

Do any manufactured products have perfect quality, or are perfectly reliable? The litany of automobile recalls and gasoline car fires every year demonstrates that no car is perfect, and that they all have problems that, if this were software, we would call "bugs." In part this is due to the difficulty of proving a negative. It's nigh-on-impossible to prove that a product has no bugs, which means every manufacturer does as much testing as they feel is appropriate.

We should note that the root cause identified by NHTSA of the Volt battery pack fire was that the May 6, 2011 crash test happened to cause penetration of the battery pack, damage some cells, cause a coolant leak, which led to the fire three weeks later. GM's test facility includes crush and penetration tests, but were unable to find this vulnerability in the lab. Again, it's rather difficult to prove a product has no bugs, and prove that a product quality team has done enough testing. We wish they had thought of some further crush and penetration tests, and am certain their engineers have done so since.

These plants demonstrate GM's belief that battery pack manufacturing is a core competency GM must develop for the future. Rather than allow other companies to manufacture finished battery packs, GM developed engineering teams with battery manufacturing and testing expertise, as well as build these two facilities for this purpose.

While this video could talk about some other Chevy Volt facts, it strikes at the core of the controversy being stirred up against the Volt. If GM can reassure the public that GM is focusing on testing, quality and safety, it could rehabilitate the Volt's image. Is this video the best way to sell the Volt? Some Volt fans want GM to be airing other sorts of advertising, to accentuate the fun of driving the Volt, and the advantages of its design. But what may be needed the most at this time in the Volt's history is some good old fashioned public reassurance.