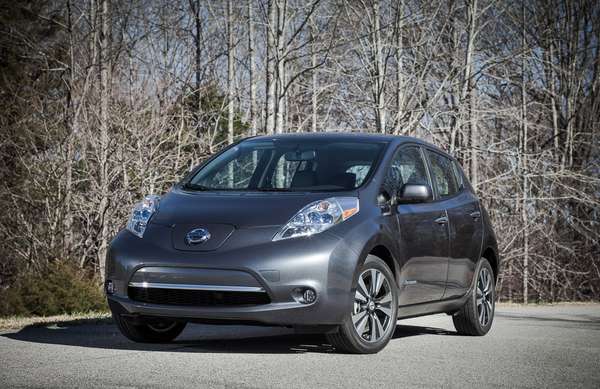 Setting a big goal, 3.3 million electrified zero emission vehicles on the roads by 2025, Governors of eight states are looking to ease the way for broader electric vehicle adoption.
Advertisement

Many governments around the US have large goals for electric vehicle adoption. Yesterday eight states reaffirmed those goals, signing a joint memorandum of understanding on efforts to increase electric vehicle infrastructure, and other changes that should increase the market-share of electric cars, hydrogen fuel-cell electric vehicles and plug-in hybrids.

The states, California, Connecticut, New York, Maryland, Massachusetts, Oregon, Rhode Island and Vermont, formally vowed to promote plug-in or hydrogen fuel cell vehicles in their states. The eight states together represent about 23 percent of the U.S. auto market. Each of the states have already adopted zero emission vehicles requirements saying that automakers must sell ZEV's at a currently small but rising percentage of all auto sales. In California alone, the ZEV requirement will require 15.4% ZEV market share by 2025 or a total of 1.5 million electrified plug-in vehicles. The agreement calls for a total of 3.3 million electrified plug-in vehicles on the road by 2025.

The agreement promises the states will take steps to expand demand for this sort of vehicle. Already, three years into the project of electric vehicle adoption, sales are growing rapidly even though total sales remain small. For the desired impact to be made electrified vehicle sales must expand dramatically, which in turn means solving several hurdles. Only some of those hurdles can be solved through government action.

Some specific steps the Governors agreed to take include changing building codes, making it easier to build charging station infrastructure, government fleet purchases of zero-emissions vehicles, tax breaks or other incentives, and discounting electric rates for electric vehicle charging at home. The states will each also draw up action plans over the next six months spelling out what they'll do.

The automakers are making large investments in developing the technologies and whole new breeds of vehicles. What the states are pledging to do amounts to clearing away regulatory blockages hindering adoption, and using the purchasing power of state governments to help spur sales.

AAA Mid-Atlantic "supports these initiatives that will help further spur the sales of electric vehicles, which in the long term will benefit all Marylanders in terms of a reduction in greenhouse gas emissions," spokeswoman Christine Delise said.

"The idea is to broaden the pool of people talking about this and working their way through the challenges that come up in setting up this kind of infrastructure, and growing this kind of a market," said Dave Clegern, a spokesman for California's Air Resources Board.

"This is not just an agreement, but a serious and profoundly important commitment," says California Gov. Edmund G. Brown Jr. in a statement. "From coast to coast, we're charging ahead to get millions of the world's cleanest vehicles on our roads."

"The idea is to make it easier for customers to operate and use zero-emission vehicles. This in turn will help pave the way for success of the auto industry," said Mary Nichols, chairman of the California Air Resources Board.