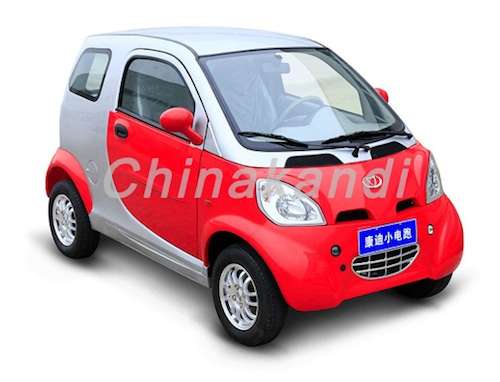 Hangzhou is being treated by China as a "new energy vehicle demonstration" pilot city, putting the city at the vanguard of the promotion of electric vehicles in China. The State Council Development Research Center of Enterprise Institute see's the project as a path to explore business models for a Chinese domestic electric vehicle market. The State Council also issued a "Energy-saving and new energy automotive industry development plan (2012-2020)" for the next eight years, to guide the development of electric vehicles, and explore the requirements for commercial viability.

Implementation of the large-scale electric vehicle leasing program is expected to begin in August 2012, and to be completed in 2013. There will be an effort for companies and locations across China to cooperate in learning from this pilot project.

The electric rental cars, supplied by Kandi Technologies, are positioned as a means of green transportation for Hangzhou residents, to provide for their driving needs within the region. It will allow consumers a chance to experience electric cars, at a very low cost, without having to make a purchasing or leasing decision.

Kandi Technologies is the only EV manufacturer out the 10 companies involved in the project. Other companies are supplying other components, such as the battery packs. The Hangzhou electricity utility will build a network of EV charging and battery swapping stations, and will own the batteries.

The battery packs will additionally be used for grid stabilization using Vehicle-to-grid (V2G) technology. The batteries will be financed through revenue earned via this smart grid technology, and the project will also be the largest scale trial of using electric car batteries in V2G services. V2G has so far just been a concept bandied about, with several small pilot projects in the U.S. and other Western countries.

The Hangzhou project neatly side-steps one of the resistance factors to V2G efforts in the past. If individuals own the cars, and own the battery packs, there is little incentive for the car owner to allow their battery pack to be used for this purpose. In this project, the battery packs will be owned by the electricity company, and the cars available only by lease to city residents. It is the electricity utility that has the most incentive to construct a large energy storage system.

In August, Kandi Technologies will be showcasing electric cars and "smart parking technology" at the 2012 China International Green Vehicle Industry Expo in Hangzhou.

Kandi Technologies manufactures a range of small electric vehicles, including a Go-Kart, an ATV, and a couple variations on the small vehicle shown here. This vehicle has a maximum speed of 70 km/hr (45 miles/hr) and a driving range of over 80 km (50 miles). The electric drive train runs at only 72 volts, at a 7.5 kilowatt maximum power, which is in line with the top speed. Curb weight is 910 kg, and it can carry a load of 180 kg. Clearly these cars are not of the level we are accustomed to in the U.S. but would serve well for around-town driving in an urban setting.

This project is just one example of how China is moving aggressively to develop electric vehicle, smart grid, and clean energy technologies.