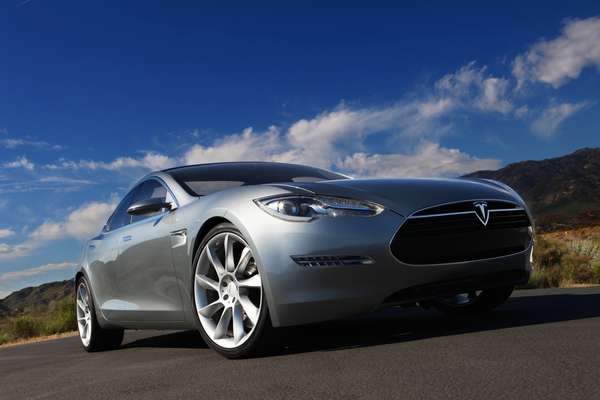 Citing misleading advertising of the monthly payment to finance a Tesla Model S, the California New Car Dealers Association is calling for an investigation into Tesla's advertising.
Advertisement

Tesla Motors has been under attack across the country from automobile dealers associations, and now an attack has been launched in California. The California New Car Dealers Association is claiming Tesla's advertising makes misleading claims about the money savings potential from owning an electric car, and is calling for a DMV investigation of Tesla's practices.

At issue is the payments calculator on Tesla's website that accompanies description of the new lease-like financing purchase process. That calculator, as noted by earlier reporting on TorqueNews, gives information that can be seen to be misleading.

The highly popular financing program has in its core a promise, by Tesla Motors, backed personally by Elon Musks personal fortune, that after 3 years of owning a Tesla Model S the car can, if bought through the financing program, be given back to Tesla for a generous guaranteed residual value. Tesla is apparently betting that few people will take them up on the offer, and offering this deal to give peace of mind to their customers.

The issue comes from the way the financing calculator presents the financing payment. The out-of-pocket monthly payment is $916 for the 60 kilowatt-hour Model S, but it's easy with the calculator to get a negative "effective monthly cost" by clicking the right choices. The calculator includes tax credits, which only those with high enough tax bills can take advantage of, tax advantages for business ownership of a Model S, and even a dollar estimate of savings due to time saved by being able to drive solo in the high occupancy vehicle lane, from not having to stop at gasoline stations.

“We would like the DMV to investigate whether Tesla has violated the law,” said Brian Maas, president of the California New Car Dealers Assn. “At the minimum we would hope they would get Tesla to stop issuing advertisements in the form they are currently doing. Tesla fails to provide required information and shatters the notion of comparison finance shopping by including the potential availability of incentives, gas savings, and tax savings into final payment quotes for prospective customers.”

The generalized problem is endemic among the automakers. Look on Nissan's or GM's websites and you'll see MSRP's for the Volt, Spark EV or Leaf that include federal tax credits along with an asterisk leading to disclosure that the MSRP shown is after tax credits.

Automobile dealers associations across the country have been throwing legal roadblocks in Tesla's way. So far those attacks have been in the form of state-level laws about the requirements of car dealerships. By selling cars direct rather than through car dealerships, Tesla's sales model is in violation of local laws in many states. In some states, like Texas, Tesla's store-fronts are able to show cars but their employees are not allowed to give test drives nor make any attempt to sell cars.

Compared to that the complaint in California is relatively minor.

By attacking Tesla in California, the automobile dealers are attempting to strike at the heart of electric vehicle sales in the US. It's thought that half of Tesla's sales have been in California, and that similar figures hold true for the Nissan Leaf and Chevy Volt.