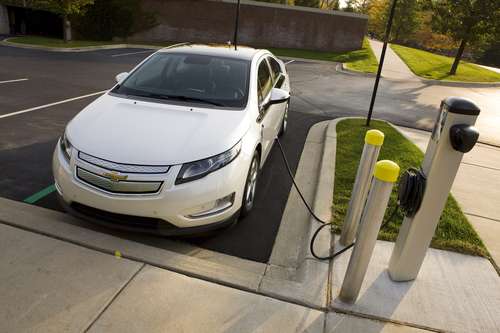 Proposed laws in Arizona and elsewhere would collect additional taxes from owners of electric cars, is it too soon to start collecting road use fees from electric car owners?
Advertisement

Last month Arizona Representative Steve Farley proposed HB #2257 as a way to solve this conundrum. It imposes a vehicle mileage tax on electric vehicles to the sum of $.01 per mile driven. HB 2257 also empowers the Arizona highway department to collect the tax and adopt necessary rules. The tax is also tied to economic activity so that it will go up over time as GDP increases.

The issue is not new and other states are considering similar legislation. Over the years several biodiesel activists have been arrested for failure to pay road taxes, because home-brewed biodiesel is similar to a home-charged electric vehicle in that the vehicle is fueled outside the existing system for collecting road taxes.

Arizona law requires the measure achieve a 2/3rds majority to be enacted.

Another proposed law in Washington State (SB 5251) imposes a flat fee of $100 per year per electric car on top of existing vehicle taxes. This is in lieu of determining the number of miles driven per year.

There's no doubt that electric vehicle owners must pay their fair share of the cost of building and maintaining the road system. The roads don't build themselves, and they must be paid for in some way.

As Jim Stack, president of the Phoenix chapter of the Electric Auto Association, said “Someday it’s all going to be hybrids and electric vehicles, it wouldn’t do us any good if we didn’t have any roads.”

However Diane Brown, executive director of Arizona Public Interest Research Group, has a warning. “Any policy that is accounting for electric vehicles should be incentivizing, not discouraging.” Most government policy on electric vehicles today is meant to incentivize their purchase, and no matter how logical it may be to require electric car owners to pay some sort of road use fee, it could be off-putting to do so.

There are many considerations in developing a new system of collecting road use fees to accommodate electric cars.

There is a societal positive benefit to greater adoption of electric vehicles, and it seems appropriate as Diane Brown suggested, that policies be incentivizing rather than discouraging. That would mean foregoing a road use fee for electric car owners, for now, but a few years into the future to start collecting such a fee. What benchmark is there to tell us when policies should shift from incentivizing to collecting fees?

Would a per-year fee be good enough? Some countries charge a yearly tax on car ownership, while not charging a gasoline tax. This is simpler for the government to collect, but it lacks the fairness of a per-mile or per-gallon fee.

Making more roads into toll roads could be a way to generate road use fee income. But this would mean adding infrastructure and cost to the road system either in the form of toll booths, or in some sort of electronic measurement system. For example the government could require every vehicle to carry a transponder, and then receiver units could be installed along the roads, to directly measure how much driving is performed by each car, and directly charging the car owner based on that usage. But aren't the "big brother" aspects rather obvious? The government would know every move we make. The current system is highly anonymous.