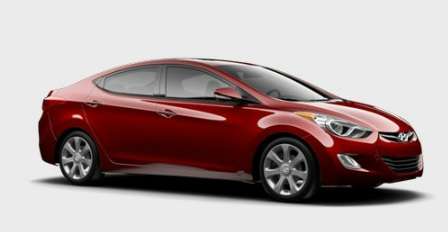 Why You Need a New Vehicle Affects the Features You Want

While new cars can come loaded with many luxuries and features that we’d enjoy having, 71% of us buy the car that we need rather than the one that has everything we want, according to a survey of visitors to their site by automotive marketplace and information site AutoTrader.com. Their Shopper Frame of Mind survey asked some 1,500 recent vehicle purchasers why they needed to purchase a new vehicle and which cars they were attracted to. AutoTrader then came up with a list of 12 new and slightly used vehicles that matched consumers’ buying situation, while still being under $30,000. With a not-quite-new vehicle, more features may be available for the same amount of money.

Here are their six buying scenarios, together what people in those situations are looking for and AutoTrader’s suggested vehicles.

Old Vehicle Broke Down
Some of the things consumers in this situation want to consider are reliability and quality for their peace of mind. AutoTrader recommends either the 2012 Hyundai Elantra or the 2010 and 2011 Ford Fusion.

Last Car Was in an Accident
Obviously safety will be an important feature for anyone looking to replace a vehicle that was in an accident. AutoTrader recommends the 2012 Kia Soul and the 2007 through 2009 Volvo S80 for those who are worried about their safety while driving. I doubt anyone would be surprised by seeing a Volvo on the list, but the Kia might seem surprising. AutoTrader notes that the 2012 Soul was an Insurance Institute for Highway Safety top safety pick, but doesn’t seem to be on consumers’ radar as far as safety goes. Since most people I know believe that larger cars are safer than smaller ones, that’s easily explained. It’s a good reminder that we should do our research when shopping, rather than relying on what we think we already know.

Starting a Family
Having to give up the two-seater sports car to make room for baby is a cliché, but with good reason. Instead of looks and speed, space, handling, mileage and entertainment features suddenly become important. AutoTrader’s suggestions are the 2012 Dodge Journey or a 2007 through 2009 GMC Acadia.

Starting a New Job
If you need a truck for work, AutoTrader thinks the 2012 Toyota Tacoma Double-Cab PreRunner is a good choice. If you want great-looking transport to get you to the office, a 2007 or 2008 Infiniti G35 sedan could be what you need.

Your Teen Just Got Their Licence
You want something safe and easy to drive, they want something cool. Obviously, you’re paying for it, so you get final say, but there’s no reason both of you can’t be happy. AutoTrader recommends the 2012 Ford Focus or the 2010 or 2011 Suzuki Kizashi.

Farther to Travel
If you’re faced with a longer commute, a more comfortable vehicle with better mileage becomes important. For a new car, AutoTrader picks the 2012 Jetta SportWagen TDI, for not-quite-new it likes the 2009 Acura TSX.