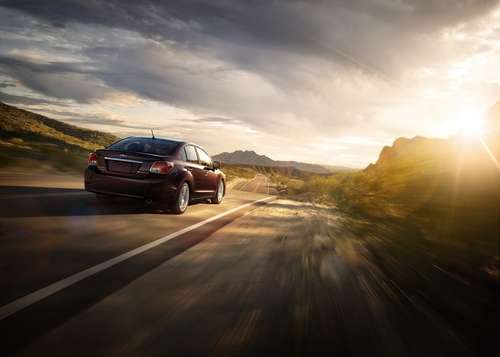 Subaru, the Japanese automaker, today has announced the release of whole new set of iPad apps for it's lineup of vehicles.
Advertisement

So what do these apps do for a potential Subaru owner and why should you be interested?

The iPad apps feature new and amazing pictures of the exterior and interior of Subaru vehicles. You can also check them out in 360-degree views that allow potential Subaru owners to see what interior colors and exterior colors they like (or don't like). The apps also include interactive feature demos, videos and comprehensive specifications for Subaru vehicles. “They are fun and interactive consumer tools” said Subaru in a press release today.

"Subaru is excited to roll out the next generation of our leading-edge, environmentally-friendly Subaru model iPad apps for 2012." said Sondra Shiffer, brochures manager for Subaru of America.

The Dynamic Brochure iPad apps are for the 2012 Subaru Impreza, Impreza WRX/STI, Outback, Legacy and Forester.

Essentially the apps show what a Subaru that you might want to buy could look like and they are designed to let people see all the capabilities that a Subaru can offer them on the road and in daily driving life.

Subaru feels the Dynamic Brochure iPad apps allow the user to experience, hear and explore all the Subaru models and the technology right from their iPads in a very unique way.

The 2012 Subaru iPad apps are continuing Subaru's Dynamic Brochure apps program for other mobile devices and the iPad. Subaru debuted these in 2011, and the apps give consumers a better idea when comparison shopping.

This also allows Subaru to be environmentally-friendly, since digital brochures obviously helps the automaker reduce paper usage, energy consumption, inks, and most importantly the cost of producing paper brochures.

Doesn't it seem like everyone is jumping on the app bandwagon nowadays? Automakers are obviously no exception to this rule, but why are iPad apps important for Subaru or or any automaker?

So when you are using the Dynamic Brochure iPad apps it might seem like you are actually looking at a Subaru, without actually having to go look at one.

Sage G Forester wrote on April 16, 2012 - 9:18am Permalink
With all respect due to Subaru, my favorite carmaker, I'll say there's no substitute for going to see and touch and handle the car. But this virtual stuff does whet the appetite, so it's a good promotional gimmick.

Panasonic Updates Profit Forecast, Noting How Much Tesla Batteries Help The Jump
2022 Porsche 911 GT3 Laps Nurburgring in 7:04 With Journalist Behind The Wheel
END_OF_DOCUMENT_TOKEN_TO_BE_REPLACED