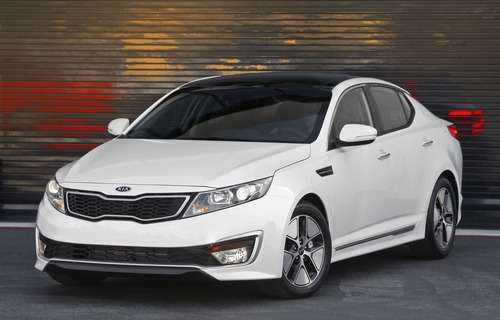 Kia has been making significant advances and developments in alternative-powered vehicles. This includes development into hydrogen fuel-cells, hybrids, and fully electric cars. Other automakers should take note, and follow in Kia's lead.
Advertisement

The most important technology that Kia is currently exploring is Hydrogen Fuel Cell Vehicles (FCEV). Kia was one of seven manufacturers to sign an agreement in 2010 to make FCEV commercially available by the middle of this decade. They feel is is the key to long-distance driving distances with zero emissions. Fuel cells combine hydrogen and oxygen in a fuel stack. The resulting chemical reaction creates electricity with pure water as the only waste by-product.

Kia made is first FCEV in 2003, which was based off the Sportage. It now is close to being production ready in the Borrego, Kia's large SUV. It will cover more than 500 miles on a tank of hydrogen and manages the equivalent of 54mpg. Impressive!

There is one hitch with FCEVs, fuel stacks are extremely expensive in most countries. Also there is extremely limited hydrogen refueling infrastructure. These issues are trying to be resolved as fuel stacks are now becoming less expensive. New developments have made them smaller and less dependent on precious metals. Kia's home country, Korea is starting to establish a hydrogen fuel station network.

Kia has not publicly disclosed which model in its lineup will be the first to go on sale with a fuel cell. Its committed is to start building limited numbers of FCEVs by 2015, and have them commercially available.

Electric vehicles (EV) have been in development at Kia for more than 20 years. Kia produced the first EV back in 1986, based of the Besta van. Then in 1999 it made an electric version of the Sportage SUV.

Electric vehicles are best suited to short trips, such as city and around town driving. EVs have limited range used to be problem, but many cities and municipalities are making charging infrastructure more available and easier to access.

The three-seat Pop concept displayed at the 2010 Paris Motor Show gives clues to where the company is headed with its EVs. The Kia Pop is 118 inches long, and is reminiscent of the SmartCar or Toyota iQ, as itt is focused on the city-car market.

Another important developing technology for Kia is Hybrids. These vehicles have a small electric motor for low-speed cruising and a gas engine for faster driving. They are considered an important stepping stone on the way to fully capable long distance zero-emissions car. (Such as EVs.) Since 2005 Kia has had a fleet of Rio hybrids on trial to test the technology.

At the 2010 Los Angeles International Auto Show, Kia revealed a gas-electric hybrid version of the new Optima sedan. This is now on sale in both the USA and Korea. It has a 2.4-liter gas engine and a 30kW electric motor mated to a hybrid-specific six-speed automatic transmission. Unique among current hybrids on the market, it has a lithium-ion polymer battery which is 30% lighter than the nickel-metal hydride systems in rivals, but has a higher energy density. It can accelerate to more than 60mph on battery power alone.

In Korea, an unusual hybrid system running on a mixture of liquid petroleum gas (LPG) and battery power has been available for in the Forte sedan. (Similar to the European cee’d hatchback.) It is powered by a conventional 1.6-liter gas engine converted to run on LPG and a 15kW electric motor, and though it is unable to run on electric power alone, this combination is sufficient to bring CO2 emissions down to 94g/km. Kia, in May of this year, announced plans to offer an LPG hybrid version of the new Picanto as well.