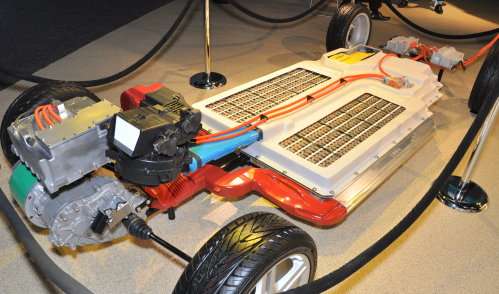 Electric car sales in China on track to be Asia's largest

China is set to be Asia's largest manufacturer of battery electric vehicles (BEV) by the year 2015 according to Pike Research. Last year China's battery electric vehicle sales totaled 33,000, but by 2015 the number is expected to grow to 554,000. This means China's electric car sales, for BEVs, are expected to grow at a rate of more than 40 percent a year, over four years.
Advertisement

This is absolute immense growth in the number of BEVs produced and sold, in such a short time-frame.

Other Asian countries, such as Japan, will see sales growth in BEVs as well. However, sales are expected to grow less than 10 percent annually and only account for 36 percent of EV sales in Asia. China will be the largest market by far with an estimated 45 percent of BEVs sold in Asia.

China currently has more than 50 companies trying to develop BEVs. This is reminiscent of where the United States was with its automotive manufacturing during the early 1900s. At that time there were many small companies competing in the marketplace.

"China, where around 55 vendors are developing electrified vehicles or launching BEV development programs, will likely create and lead an entirely new category around clean transportation," senior analyst Andy Bae said in a statement. "The country will become one of the biggest consumer markets for BEVs, and global industry players want to enter this market to tap the related opportunities."

With such immense growth in producing and selling BEVs, China will play an significant role globally. Pike Research estimates that 5 million BEV's and plug-in-hybrid-electric vehicles will be sold over the next six years. This is due to increasing oil prices, and emissions regulations which are becoming more strict. Governments are also playing a large role in getting BEV's onto our roads through incentives. Sales of hybrid-electric vehicles will total around 8.7 million vehicles by 2017.

The US will also play an important market role in electric vehicle sales. Already 2 million hybrids have been sold since 2002. The majority of these are Toyota Prius hybrids, which have become a symbol of eco-friendliness. Pike Research estimated the US will overtake Japan as the world's largest maker of plug-in electric vehicles (PHEV) by 2013.

Sales of plug-in- electrics are estimated to be around 5.2 million vehicles in 2017, a significant gain from 114,000 vehicles sold in 2011. It is project that by 2017 Asia will make up around half the consumer purchases of electric-drive vehicles, while North America will take up 25 percent of the global market. Western Europe will take up a 25 percent share as well.