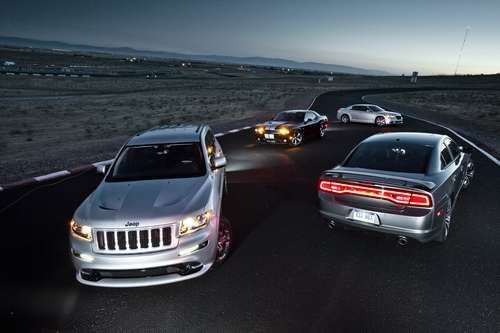 Chrysler's uncertain profits cause UAW to near a deal

Chrysler Group and the United Auto Workers (UAW) union are getting close to a tentative labor deal. The Associated Press has reported that Jodi Tinson, a Chrysler spokesperson, confirmed that union leaders will be gathering on Monday, October 10th for talks. There is progress in the talks, but no deal is in place for the UAW and Chrysler yet.
Advertisement

Additionally Michele Martin, a UAW spokesperson, confirmed that leaders of Chrysler and the UAW are in talks this weekend.

The UAW is trying to match agreements similar to Chrysler's two other long time Detroit rivals, General Motors and Ford Motor Company. This is reported by the Detroit Free Press. GM and the UAW have agreed to a four-year contract, reaching an agreement in September.

The UAW has reached a deal with Ford. Workers at the company are currently voting on whether to approve the deal. Ford's hourly labor costs, which include wages & benefits, are estimated to average $58 for 2010. Compared to General Motor's hourly wages & benefits which are $56, and Chrysler's $49.

The new agreements have profit-sharing rather than raises for most UAW members. UAW members are also eligible for signing bonuses. Most importantly the Big 3 have promised to add thousands of new jobs for the UAW.

Supposedly for Chrysler and the UAW this is where talks are stalled. The amount on profit-sharing checks and the number of entry-level workers the union can hire, are still under debate amount both sides.

“GM and Ford deals may be too rich for Chrysler” said Sergio Marchionne on Friday, CEO of Chrysler and Italian automaker Fiat. Chrysler has been losing money for the first half of the year. While Chrysler's two rivals, GM and Ford, have been profitable.

Marchionne is hoping a new deal can be reached soon. He does not want to have to enter binding arbitration. It is important to note that Chrylser workers do not have the right to strike over wages. This is due to the 2009 government bailout terms. However, the UAW and Chrysler can settle disputes with an arbitrator.

Summoning UAW leaders to Detroit is considered a fairly good sign though, that an agreement is in the near future. Leaders from the union were called by Ford last week before a deal was finalized.

It was actually a surprise that Ford and GM, reached an agreement before Chrysler. The UAW shifted its focus on talking with GM as a September 14 deadline approached for making a deal.

In late September, talks between the UAW and Chrysler got stalled again. The UAW demanded that the Chrysler cap the amount of employees who are paid a low wage. This caused talks to move over to Ford, where they were able to come to an accord on October 4. Chrysler has a contract extension that expires on October 19th, which is why production at the companies facilities has not come to a halt.

Chrysler's chief negotiator, Al Iacobelli, started negotiations back in July. He was enthusiastic about rewarding workers, but said the company could not add costs or it would be uncompetitive in the market against Chrysler’s rivals.

Chrysler’s labor cots are similar to what Hyundai pays to its US workers at $49 per hour, which include wages and benefits. (Hyundai is a non-union company, which operates manufacturing facilities in the South.) Compared to Toyota's $55 per hour and Ford's $58 per hour almost 12% of Chrysler's 23,000 hourly workforce are entry-level workers. These workers at the company are paid around $14 per hour, which is about half the amount paid to senior workers. Ford has just 70 workers in the same category.

Union workers at Ford will receive $16,700 with their contract terms, which includes a $6,000 signing bonus and profit-sharing payouts. Ford committed to hiring 5,750 new workers by 2015. It also said it will make a $6.2 billion in investments at its U.S. Plants and operations. The GM deal was along the same line as Ford's deal, but not quite as good.

Chrysler is having trouble making a profit in 2011. This is due to a bad lineup of vehicles lacking any desirable small cars as well as a public view that its cars are unreliable and inferior to its competitors. Chrysler is majority-owned by Fiat, which will help the company develop much needed small cars. Fiat has introduced its iconic Fiat 500 in the US, which has created quite a stir.

Chrysler's future profits and earning potential are still uncertain. This could be a major factor forcing the UAW to come to a labor deal and agreeing to certain undesirable aspects for the union.

Chrysler has only made a profit since the first quarter of this year. The $116 million the company made was the first profit the company had in five years. However, it lost $370 million during the second quarter.

People at Chrysler are staying optimistic that 2011 will be its first profitable year since 2005. The estimated profit for this year is $200 million - $500 million. This does not include debt charges. Ford made a profit of $6.6 billion in 2010, while GM posted a $4.7 billion profit.

Chrysler still has a long way to go to catch up to its Big 3 rivals. It will be interesting to see how Chrysler negotiations go on Monday, and if the company and UAW can reach a reasonable accord.