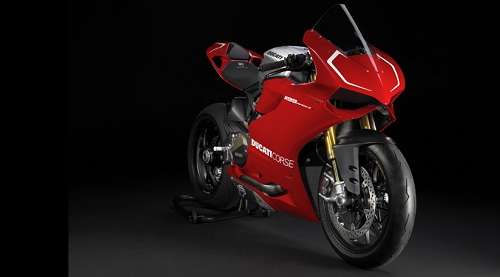 It seems luxury German automaker Audi is going to buy the Italian motorcycle maker Ducati in an exclusive deal.
Advertisement

The news of Audi buying Ducati was initially reported by UK based automotive magazine CAR. The structure of the deal gives Audi first dibs on buying the motorcycle manufacturer. The deal is not going to be completed until sometime in April it seems, and Audi can decline to buy the company between now and then. However no other company can make an offer until then.

Volkswagen Chairman, Ferdinand Piech, apparently regrets not buying Ducati when it could have been purchased for very little. Mr. Piech has considered reviving an Horex, a German motorcycle brand that built motorcycles over 60 years ago. He owns many Ducati motorcycles though which is probably one of the reasons the company is buying Ducati.

Audi and Ferdinand Piech will have their work cut off for them. While Ducati does claim over 10% of the global motorcycle market, that only equals around 40,000 motorcycles a year. That pales in comparison to 4 wheeled vehicle sales. Also Ducati has a massive amount of debt, around €800 million Euros, equivalent to $1 billion American dollars.

However, the debt could work to Volkswagen's and Audi's advantage. The deal will be structured so that in exchange for buying the company and incurring the debt, they will acquire Ducati for around €50-€100 million euros, or roughly $67-$131 million American dollars. Bean counters would characterize that as, “A good deal!”

Still who wants to take on $1 billion in debt up front? I would question if that is even a good idea for a motorcycle manufacturer?

It is not clear how the Italian motorcycle brand would fit into VW's portfolio and what they would plan to do with the company. Audi owning the company it seems will keep the luxury oriented feel of the motorcycles though.

CAR suggests that Audi will be checking out the Bologna-based Ducati's operations quite carefully to see if the deal is worth the money. I imagine if they can buy the motorcycle brand for not too much, they will do the deal. If not, other companies such as Mercedes-Benz will be right there to make an offer. As well the Indian companies Mahindra & Mahindra, and Hero have shown an interest.

I still wonder, could buying a company that makes two-wheeled vehicles make Volkswagen and it's subsidiary Audi, a stable 4 wheel company, go off balance and crash?