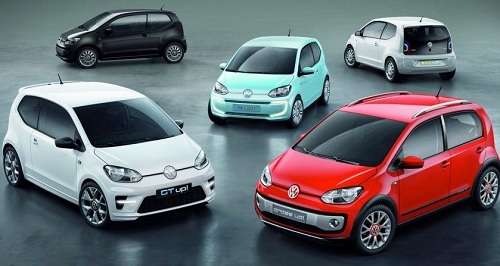 Volkswagen Invests to Be The Best

Volkswagen (Public, ETR:VOW) has been on its quest to be the best auto company in the world for a few years now.
Advertisement

In Frankfurt, Martin Winterkorn, CEO of The Volkswagen Group, announced today that VW would invest 62.4 billion Euros ($86 billion) in new plants, new product and research and development. The announcement was reported in Bloomberg, Reuters and Automotive News and other media.

Volkswagen’s board approved the spending for nine brands including Audi, VW, Bentley, Skoda and SEAT.

Many car companies has improved the environmental impact of their manufacturing processes and of their powertrains and models. Winterkorn noted that the company would focus on creating environmentally friendly, sustainable models. Volkswagen set environmental goals for the company as early as 1996.

Volkswagen opened its plant in Chattanooga last April to build its mid-size Sedan, the Passat for the U.S. market. It also plans expansion in Russia.

Winterkorn told reporters that Volkswagen could sell more than 2.4 million vehicles in China in 2011. Plans for additional plants in China are underway.
The company forecasts a 5% increase in global sales over the 7.2 million vehicles sold in 2010.

Volkswagen's stock has positively reacted to the news. VOW now trades at $104.30 and is up 2.25 percent from yesterday's close.

VW Investor wrote on September 19, 2011 - 3:54pm Permalink
Volkswagen has always been a leading company in all areas, especially innovation and the environment, building some of the most fuel efficient cars of the last decade. I fully expect them to continue to grow as a company for at least the next 10 years.
gonasip wrote on October 2, 2011 - 8:57am Permalink
Vw became the first car maker in the world last year, the company has invested a lot with huge finance as seen with latest Up! New Small Family Concept.