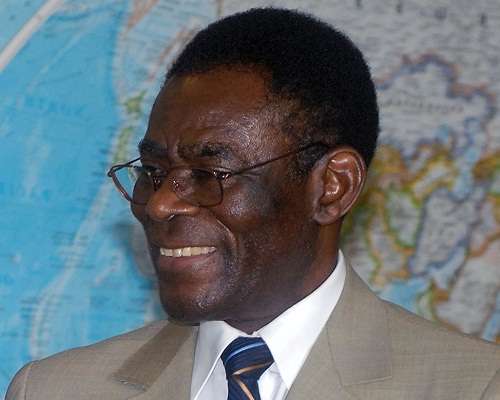 The president of the tiny African nation of Equatorial Guinea, Teodoro Obiang Nguema Mbasogo got into some trouble when a total of eleven of his high priced luxury cars got seized from his ownership. The cars were taken from the president in Paris, France on Wednesday.
Advertisement

The supercars that were seized from Mbasogo consisted of some of the highest priced cars on the market today. They included possibly more than two Bugatti Veyrons, a Ferrari Enzo, a Maserati MC12, a Porsche Carrera GT, a Ferrari 599 GTO, and a Bentley Azure. The total value of all these cars combined could probably run the small country abroad.

There is only speculation as to why the cars were taken from the president, but no confirmed reasons were unveiled to the media. The reason the cars were apprehended is believed to be because of an investigation by French National Police over claims that the president is using state funds to buy up private property in France.

The cars were taken at the president’s home in Paris, which is not too far from the Arc de Triomphe, according to GT Spirit.

Teodoro Obiang Nguema Mbasogo was born into the Esangui clan in Acoacán, Obiang. He joined the military during the colonial period, and attended the Military Academy in Zaragoza, Spain. He achieved the rank of lieutenant upon the election of Francisco Macías Nguema. Under Macías, Obiang he held various jobs, including governor of Bioko, head of the Black Beach Prison, and leader of the National Guard. Perhaps in politics today, in no matter what part of the world, it’s not uncommon for corruption to take place. However, it was not confirmed what the president did to have his supercars taken from him.

It is also sad to read such news of a president holding onto that much wealth in automobiles when close to 70 percent of the population of the land over which he holds power is living in poverty. Teodoro Obiang Nguema Mbasogo has been in power of Equatorial Guinea since 1979. This is when he overtook the previous leader, Macias Nguema, in a military coup.